☾ give your soul to the night ☆ hannah's organiser!

​
About MeHi, I’m Hannah and welcome to my organiser! I’m 27 and from the UK, so GMT time zone wise. I’ve role-played for about 10 years now, although the last couple before 2017 were on and off. But I love writing and being able to meet people who share that passion and interest. I’m a huge Disney lover, but I’m also really into Doctor Who, Tomb Raider, Star Wars, classic films, British comedy and all kinds of music. I also enjoy video games; I’m mainly a PC player nowadays.

 Roleplay PreferencesI tend to write 400-700 for a starter post, then around 200-400 for replies, though it depends on my muse. I try to reply within 2 weeks if I'm busy, though ideally, I aim for within 5-7 days. Please give me a kick if I'm taking too long.

You can reach me on Discord or PM - though Discord is probably best.

My favourite type of plots are the unexpected! Whether that’s friends, enemies, romance; when people end up thrown together, and they form a dynamic. Or something happens in world they don’t expect. If we thread though, unless it’s planned specifically as a one shot thing, I’d definitely love our characters to thread again and have an ongoing relationship or arc.

I’m pretty much open to anything; dramatic, comedic, heartfelt plots. Don't be afraid to toss any ideas at me! I love throwing my characters into any kind of situation, and I'd like my ladies to make the most of their time in Pandora. 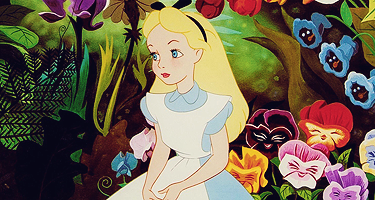 profile ​
This is Alice, from the well-known tale of Alice's Adventures in Wonderland; more specifically, Walt Disney's version. She is an inquisitive twelve-year-old child who has just arrived in Pandora. She's still not sure if it's real or another dream of hers she can't get out of. But at least this time, she has her cat Dinah to accompany her!

 This SeasonAlice is newly arrived to Pandora! Depending on how things play out, she may start to remember certain things from the last time she was here.

 Plot Hooks
Content Warning
This character's threads will most likely be full of violence, gore, body horror and blood. They are sadistic and will enjoy hurting others. Please be cautious and let me know if you thread with them if there are any triggers I need to avoid. <3 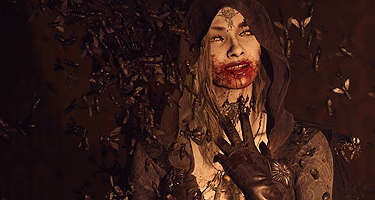 profile​
Cassandra is one of the three daughters of Lady Dimitrescu. The result of an experiment many years ago, her life was surrounded by an opulent castle, a close knit family and plenty of unfortunate victims. Until a certain man came along…

 This SeasonCassandra has just arrived, and, after taking out her loss on an unfortunate farmstead, she is reunited with her younger sister and mother. While retaining their close bond (and missing her elder sister desperately), Cassandra is curious about this new world and what fun and victims it holds. To her, Pandora is a like a new toy. 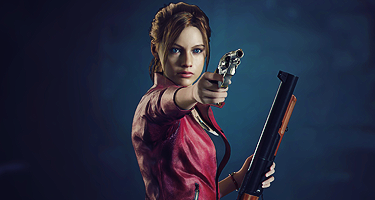 profile​
Meet Claire, who debuted in Resident Evil's second game in the franchise. Claire is taken from during the Racoon City incident in 1998, where a search for her brother ends up throwing her into a living nightmare, where she has to rely on her wits and skills to survive. She is taken from the midst of battle near the end of the game, whilst protecting a young girl she encountered and befriended. Shaken by the events of that night, and feeling guilt over leaving Sherry and Leon behind, Claire will soldier on in this new world, determined to find a cause and also somehow deal with some of her trauma.

 This SeasonClaire is newly arrived to Pandora! 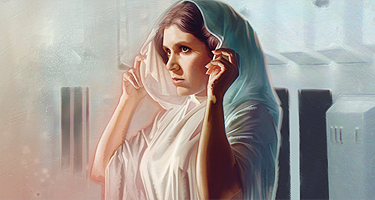 profile​
Leia is taken from the end of Return of the Jedi, when the Empire is defeated and the journey to building the New Republic has just begun. Whilst this was a momentous occasion, Leia also had a bitter pill to swallow in learning of her heritage as the long-lost daughter of Darth Vader.

 This SeasonLeia is newly arrived in Pandora (landed in Centria) and is living in Elysium, though once she gets into a political role, she can move around more freely.

Hi there, I'd definitely be interested in roleplaying with Claire Redfield. I have two characters potentially for it and one is a kid which would be perfect but I'd kinda need to figure out their time-line and how things turn out.

First there is Shiori who would fit with the plot hook of meeting someone on the younger side she can bond and befriend with. She does suffer from a bit of self esteem issues and such. Though its just like I mentioned earler, gotta figure out the general gist of what happens after her debut thread since its important. I am open to general stuff.

Second is Solomon Goldsmith. At this time he's honestly just trying to form bonds and meet as many other people as he can. Meeting more good natured humans is good for him and his character development. I think he can potentially also be a good calming steady influence to interact with with all the craziness that goes on with Pandora.

Not sure far as meeting but he works at a library if that gives ideas. There is a npc family he hangs out with that have their grandchildren pop up from time to time so can kill two birds with one stone depending how things develop. Either way pretty open to things.
Reactions: Hannah

Hi! I’d love to do something with both, but maybe we can go with Solomon first of all, if you’re still figuring out things with Shiori?

Yeah she can totally meet the NPC family too as things develop, another way of her bonding with kids! It’d be good for Claire to have more friends and him helping with the craziness would be a big plus.

I can definitely get Claire to the library if that’s easiest for you.

That be great. Maybe best for you to start since you have a better idea what she's in there for? I could also start if needed.
Reactions: Hannah

I don’t mind at all! Any dates in particular you prefer?

July 1-5 should work. And take your time no rush.
Reactions: Hannah

Ok, I had a burst of inspiration and started it so you don't have to think of anything.

The Mind Is A Temple

Older characters! I'd love for Alice to gain a mentor/elder sibling/parental figure or two in Pandora

Ruby slides in here to say hello! She would definitely mentor/protect a youngster!
Reactions: Hannah

Raine said:
Older characters! I'd love for Alice to gain a mentor/elder sibling/parental figure or two in Pandora

Ruby slides in here to say hello! She would definitely mentor/protect a youngster!
Click to expand...


Yes please! I think Alice would be in awe of her! <3 whereabouts is Ruby in Pandora?
Reactions: Raine

Ruby is around Pandora town right now! but she can go anywhere if needed!
Reactions: Hannah