May 3rd, Y110​
BREAKING: The Pandora Times can reveal that a plan has been put in place to break apart the Moon of Pandora, with its proponents declaring that a controlled split is the only way to avoid a catastrophic collapse of the entire celestial body.

Late last night, scientists representing the Academy of Sciences - a research body recently set up in the Free Elysian Commune - presented this plan to the assembled delegates of the Central Council. It is understood that several hours of debate occurred once the plan was made known, with some delegates reported to have stormed out at several points as the discussion got heated. Given the controversial nature of the plan, this is not altogether unlikely to be true. 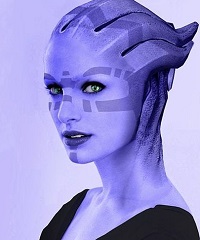 ------
Foria Spardex, RSF Chair
In short, the Lunologists of the Academy have proposed placing strategic charges within the moon's crust. When detonated simultaneously, these explosions are theorised to be enough to trigger a huge split in the moon itself, separating it into roughly two halves that would then drift apart. When asked why such a drastic course of action had to be taken, the response was that the Moon was likely to come apart of its own volition anyway - better to control the event than let it happen naturally and potentially destroy the moon entirely.

In the end, the plan was adopted by the Central Council after a slim majority voted for it, and is now officially Commune policy. In response, Elysium's scientific authorities rubbished the plan, declaring it "criminally irresponsible" and claiming that what was actually being planned was an act of terroristic revenge by the Commune upon the parent city it had declared independence from some time ago.

"I'm honestly surprised that this isn't being treated as an act of war, to be honest with you," Alliance scientist Vorris Svard said to the Times. "I am of course no fan of the 'hawks' in our council, being a follower of the Skywalker-Jordan philosophy of governance, but I cannot help but feel sympathy now for their claims. We really should have taught the Undercity criminals a lesson when we had the chance."

Foria Spardex, Chairwoman of the Red Star Front - the Commune's current ruling party - responded by pointing to the data she said the scientists had gathered, which the Times has been given access to. "The facts are quite undeniable," Spardex argued, "and they point to disaster if no action is taken. It is not entirely unexpected that the know-nothing yes-men of the Alliance would attempt to refute this basic reality, but it is nevertheless outrageous for them to level such accusations at us when all of our lives are now on the line."

The war of words is a symptom of heightened tensions generally. Peacekeeper units from the Overcity have been ordered onto high alert, with many witnessed carrying heavier weaponry than would usually be carried by Elysium's police. Similarly, militia units of the Commune's Popular Guard have begun holding regular drills in the border regions of the two "cities," leading to fears of an armed conflict - a fear that has been heightened further by Elysium's declaration that it will arrest anyone it finds in the wider Moonscape without a very good reason to be there.

Responses from Pandora's other governments are said to be being prepared, with sources indicating to the Times that this issue is being taken very seriously by all elected officials and diplomats across the Box. Given the importance of Elysium to trade across our adopted world, many analysts will wonder to what degree these responses will take a side at all - while the Commune is sympathised with to a degree as an "underdog" when compared to the more obviously authoritatian Alliance, one nevertheless has to question the wisdom of a plan which involves controlling the destruction of a celestial body the size of the Moon.

The Pandora Times will bring you more on this story as it emerges.

The Star Fraction · From The Commune

News being a touch delayed was only natural when you spent the majority of your time in a tower several days from the nearest major city. And so when this news reached him the very same day the article was released, G'raha could not help the trepidation at the very thought.

A foolish risk, though he could only hope it was a last resort.

The Archmage of the Mages' Guild sighed as he set down the missive and slumped back in his chair, eyes drifting towards the starlight-filled darkness beyond his window. Whatever the case, he would have to gather what mages to be prepared to travel skywards in case relief efforts would be needed.