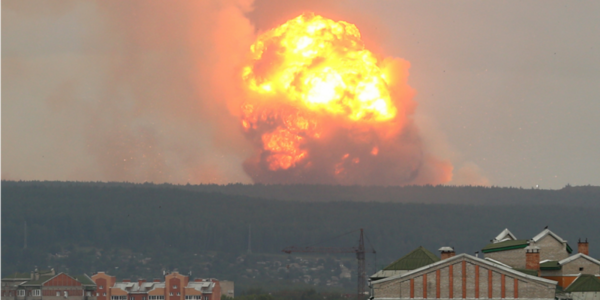 The power was interrupted from the districts of Marble Hill and Saenghu in Ark City today as reports come in of a confirmed terrorist attack at one of Ark City’s power plants. Word from the power plant is that several explosions went off across the site with enough power that buildings were levelled. According to law enforcement and detectives on site it appears the suspected terrorist is a man who dresses in black and gold, while wearing a rather identifiable Golden Mask. The list of injured or killed is currently unknown, but will become public as the case develops

Law enforcement state that if the terrorist is seen, do not approach as he is believed to be armed and dangerous, call your local law enforcement services immediately.​

Relevant Threads
Clocks ticking, countdowns begun- This is the attack on the Power station, feel free to join the thread is open to anyone!
Heroes and Victims wanted- This is the connecting brainstorm to the above thread

Billyboy
"...Whoever said 'Silence is Golden', obviously never needed friends or family around."
Yesterday at 8:10 PM •••

Rik-Rik-Ree
tfw the anole in your house keeps outsmarting you. #FloridaProblems
Yesterday at 7:11 PM •••

Justin L. McCay
Thank you for the April Fools gift. I liked it VERY MUCH. https://i.ibb.co/XCSq05b/present.png
Wednesday at 7:08 PM •••

Thanquol
the disintegrations were an aprilfool. those manthings will be back in three days.
Wednesday at 10:01 AM •••