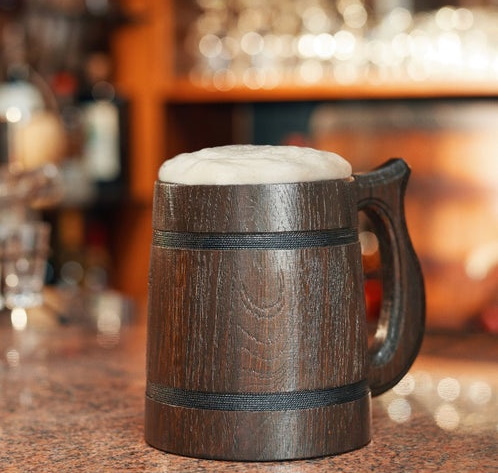 October 3rd, Y110​
From the pages of the Cascade Bay Chronicle

Celebrating its third month of business, Bugman’s Brewery has announced a new beer brewed in honour of the Head of the Mercantile Coterie, @Sinbad. Called “Endless Gold,” this beer was brewed to reflect the prosperity and good business sense of Cascade Bay’s foremost trade expert.

When asked what motivated such a gesture, brewery master Josef Bugman had this to say:

“A wise hand at the tiller is necessary for the prosperity of all. Now, young master Sinbad may not have the length of beard one might expect from such an important figure, but he’s a good and fair fellow who will deal with you honestly. These are the right qualities to look for in a master merchant, and it is my way to show proper respect to those who have helped me.”

We had also asked Sinbad, who wanted to state:

“The Mercantile Coterie’s duties aren’t only to set down trade routes and create economic policies. Our priority is to support the people of Cascade Bay, regardless of if they’re consumers or creators. It’s with my immense pleasure that we were able to support Josef and his brewery so that he can share his craft with the rest of our community and bring them together. As he once told me, it’s not something to be hoarded but shared. It’s good people like him that make life in Pandora a bit more special, and I’m happy to be able to help not only him, but any other that comes to the Mercantile Coterie.”

Relevant Threads
Dragon’s Den - Josef Bugman petitioning Sinbad for financial aide to create his brewery.
The Beer Menu - the new beer, along with all the others Bugman currently brews
Reactions: Sinbad
You must log in or register to reply here.
Share:
Reddit Pinterest Tumblr WhatsApp Email Link

Bremusa
Because of Tsumugi being involved in so many things at the moment, I'll primarily be focusing on her! Please forgive me if I'm slow to reply to any other threads, love you guys!
Today at 12:11 AM •••

Ash Lynx
ooc: due to Ash being in the killing game, i'll probably reply less often to other threads. sry ;w;
Yesterday at 11:14 PM •••

Hannah Dharke Hannah wrote on Dharke's profile.
Nice avatar. Wonder where you got that?
Yesterday at 6:03 PM •••

Thancred Waters
toothpaste is bone soap
Yesterday at 10:29 AM •••