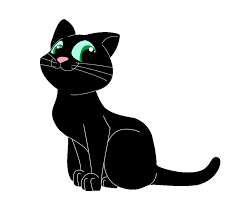 July 1, Year 108​
Today the recently formed Alibaba Productions released their newest free game, Cat Caper. This app game is a cross between a cat/pet adoption game with timed, arcade-style levels where the cats attempt to get into as much trouble as possible, such as knocking things over and eating off of people's plates, and still getting away with it- either through quickness, cuteness or cowing The Owner to their will. Available DLC includes a duck, a puppy and extra levels.

So far, reviews of this game have been positive, and the notable sound design and musical score credits list @Yosuke Hanamura. Other thanks are extended to various animal shelters for 'character studies', and a portion of the DLC proceeds to go charities for animals. Game is available for cellphones and tablets anywhere and can be played offline, though it must be downloaded for play.

Futaba Sakura
Horoscope: Make up your own constellations, pray to your own gods, command unknown forces of your own divination. Steal from everything. This is real magic.
Tuesday at 1:15 PM •••

Futaba Sakura
Shampoo for the real friends, real poo for the sham friends.
Monday at 3:09 PM •••