Open clear as can be

It almost felt like yesterday he had been here, and yet one single step into the castle told him that things had changed. Not terribly, given who the school's headmistress is. He and Wanda had a long history that had always involved awaiting one another's return, and yet his return felt different even now, although he couldn't put into words the why of it all.

Perhaps it had something to do with the portrait he had stopped in front of, like an older, bearded reflection staring back at him. The warlock had frozen there in front of the library, blinking his bright blue eyes up at the portrait that featured, well ... him, as though they never intended to see his return. The remembrance was kind, the acknowledge of the sheer history that Merlin had here in these walls was terribly kind, but he wasn't dead either.

When it all came down to it, the warlock was and always had been uncomfortable with any sort of praise, verbal or otherwise, and to have a portrait of him in his school was, well ...

"That'll have to come down, whether Wanda likes it or not," Merlin murmured to himself, pursing his lips as he turned distractedly toward the sound of footsteps somewhere to his right. Likely somebody just passing by and the former headmaster wasn't keen on drawing so much attention to himself before he found his way to Wanda's office to announce his presence. And so, he turned back toward the portrait, only to freeze, doing a double take.

He was gone. The spitting image of him with an added beard was gone and Merlin was left gawking at a painting of a lone sunset. Not a person to be seen. 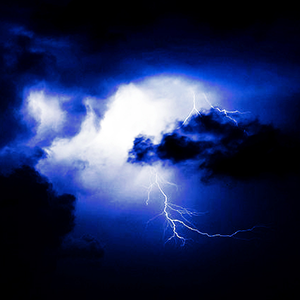 Glakisa Irakory knows very well that she was told to stay in Tris's office while she finished with another student. She knows it, but first her tummy is growling. And she sits for a few moments longer but when Bear comes up next to her and plops his head against her lap her head starts spinning... If it was Bear's fault and he needed a walk and she just so happened to find someone with food on the way down... But also they helped her so they didn't get lost in the many hallways of the school... Well, then, nothing could go wrong— Right?

That's the plan the girl had concocted up as she jumped down from her chair. Chime looked up from where she was curled, dozing, before deciding this must be more interesting than a nap. The dragon had jumped from her place to the dog's back, who did little more than wag his tail more wildly. Glaki pressed a single finger to her mouth and a much too loud shhing noise before quietly opening the door a crack.

The hallway was empty, so she took that as a good sign. Slinking out of it with dog and dragon in toe, the girl moved quietly. Even though she was well aware of her teacher's powers, and her abilities to see and hear on drafts, she felt that if she was quiet and still enough she wouldn't see it. She'd just started turning a corner when she saw it—

A young man standing near the library looking at a portrait that to her had only been so interesting for a few moments. He was talking to it? Glaki made a face as she peered back around the hallway just in time to see him appearing to be... Angry... At the portrait? She's still uncertain and afraid of people who look even a little miffed, so Glaki decided to stay hoping he'd disappear...

The dog— and the dragon— did not. A new friend was always someone Little Bear wanted to greet. A large dog, coming up the breastbone, with a glass dragon nearly invisible perched on his back was always a sight to behold. He barked one booming bark, tail wagging furiously, as he approached the man— At least with enough grace not to come at a run.

The seven-year-old made a small sound to herself, covering her eyes as she stepped around the hallway as if to claim ownership of the renegade dog. "He's just big, he doesn't bite," Glaki claimed solemnly, "and that's just a paintin'. He's not the least bit scary, though sometimes the old guy in it says funny stuff. He doesn't seem to like you though."

The sound of a bark was enough to jolt him from his frustrating thoughts as he whirled around, blue eyes wide as could be. His eyes searched and searched, dipping as he suddenly found the source of the bark in the form of a very large dog he had never before seen in his life, which was ... well, unsurprising. Clearly, he had been gone for some time. Enough time for somebody to put up an enchanted portrait of him that didn't stay put, godsdammit. He had to wonder just whose idea it was, and the moment he got his hands on that portrait and took it down, he was going to march off to find Wanda, give her a word or two.

But for now, he was distracted by the dog that stood there staring up at him, tail wagging. Merlin's uncertainty lingered, but when the dog didn't decide to lunge at him, the warlock's uncertainty bloomed into a smile that only dimmed just a little bit at the sound of a small voice.

Because gods knew the shimmer of a nearly invisible glass dragon hadn't quite managed to capture his attention yet.

Whipping his gaze over to the small voice, his brows perked up with surprise. She was small and shy and Merlin couldn't help the soft smile that lingered on his lips. "I can't see why not. I suspect he and I have quite a lot in common," he told her before letting his blue eyes slip back to the dog. Out went his hand, reaching out carefully toward him and wiggling his fingers lightly to see if he could beckon the creature toward him for a couple of pets. "What's his name? If you don't mind me asking, of course. I've had a few dogs in my lifetime, but none quite as big as he is."
Reactions: Trisana Chandler

Glaki for her part didn't seem interested in coming too much closer, happy to keep the distance with uncertainty around an adult. Little Bear lacked her uncertainty, never needing to be told twice when it came to pets or food. The large dog bounding off in a few short steps as his tongue lulled out the corner of his mouth, happy for any pets.

"Little Bear," Glaki answered between fists full of giggles, "Tris said he wasn't much bigger than a loaf of bread when they found some kids bullying him." For Glaki it was hard to imagine Little Bear that size. GIven that he'd been a constant figure in her life since she could really remember it's even harder to consider dogs are normally smaller.

She doesn't hear the sound of well-worn boots approaching behind between giggles until they're there. A hand plopping down on her head earning a small sound as she looked up. The older female looked down her long nose at the girl, a fine brow raised beneath.

"If we had any idea he'd be this big, I don't think Rosethorn would have let him stay in Discipline," She commented wryly, "even if we got him more well-behaved than certain little girls."

Glaki managed to look sheepish as she pulled at her skirts. "I got hungry," She started, but the brow seemed to be raised higher, "Little bear needed a walk! .. Okay, I wanted to explore... Just a little."

"And your meditation?" Tris inquired, instead, but there's no answer from the girl. She looked down guiltily. There's a moment as Chime, who'd been quiet until now, decided to unfurl her wings and look up at the stranger. The tinkling in her throat a quiet song.


"Sorry," she mumbled more to herself than to him-- leave it to her to have some kind of circus. This was precisely why she told the three to stay in the room.

Ophelia
No joke I'd app Bella or Edward in a heartbeat if anyone wanted to app the other one and we could write our own stories in Pandora
Yesterday at 7:29 PM •••

Josef Bugman
It would certainly make business easier if there were some kind of guide or list to Pandora's most renowned taverns. I have so little time for research, myself!
Wednesday at 1:56 PM •••

Iknik Blackstone Varrick
Whoever this "Stark" fellow is, sure has named literally everything in Pandora. That will not do at allllllllllll
Wednesday at 11:45 AM •••