Evelyn sits, elbows on leather on table, in a diner. A malt shop, really. It’s decked out in nostalgic black and white glory, the jukebox beaming a radiant grey light. Teenagers are scattered around the tables, gossiping in preparation for their Saturday night, and Evelyn sits in the middle of it all, unbothered. She’s dressed in her perpetual black biking leathers, and for the past few minutes she’s been unpinning her curls, letting them fall to the side now that she’s not riding.

Their drinks are delivered by a woman in the cutesy soda shop uniform, and Eve leans back to allow her to set them down. With a highly unrealistic ping, she flips her a quarter, and the waitress catches it with ease. “Far out,” the girl comments, and Evelyn simply glances her up and down, takes a sip of her malt with a smirk. The waitress scurries away, off to garner some more tips, and Eve turns her attention back to the man across from her: Hanzo Shibata.

He looked like a square. There was no getting around it. But after the swift dispatching of a few unlucky bar bums who’d gotten on her bad side, Eve had gained a respect for him. She didn’t fear people in Livadele, but Shibata… Shibata could throw an elbow like you wouldn’t believe. “Shibata,” Evelyn starts, the first word she’s spoken since they sat down here. The first word that wasn’t an order of malts, anyway. Her tone is level, almost confrontational, but it’s about as friendly as she gets. She leans forward, places her elbows back on the table, and starts fussing with the comically curly straw in her chocolate malt. It’s got two sticking out of the top, both in the shape of hearts-- Eve’s a regular here, and she always orders them this way. Chocolate. Couple’s straws. Eve reaches delicately to the other side and moves the second straw towards herself, taking both in her mouth; the audience titters, like they always do, and Eve ignores them, like she always does.

She keeps her eyes on Hanzo as she sips, only speaking once she’s good and ready. “You know why I brought you here?” Evelyn asks, low, with a slightly ominous bent. She looks confident, faintly smug, like she isn’t sitting in an establishment mostly for teenagers. A few of the younger punks in leathers hang around the place, but they’re all keeping a good distance. Most are affiliated with gangs, and Eve is strictly a lone wolf; Evelyn has made certain they don’t hold eye contact for long, by now, and she’s relatively certain even Hanzo’s students wouldn’t approach them. 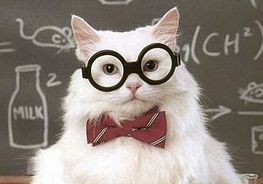 At seven PM on a Wednesday, Hanzo Shibata is seated at the local diner across from his unlikely friend, Evelyn Park. It’s not his scene nor his typical first choice of restaurant, but when rolling with someone like Evelyn, he’s learned that he’s not the one who gets to make the rules. He stews in their shared silence, surveying their monochromic surroundings for lack of anywhere better to look. A pack of greasers loiter by the jukebox, leaning into one another’s space as they fight to converse over the resounding croon of Elvis Presley’s newest hit; a group of high school students are seated a few tables away, buried in a pile of textbooks, recognizable as some of his more attentive pupils; a teenage couple are tucked away in the corner and evidently on a date, if the furtive nudge of their foreheads as they imbibe in their couples' malt is anything to go by. Each group catches his scrutiny for only a short increment of time before he's moving on to the next, much like a superior figure scouting their inferiors for signs of insolence.

When Hanzo’s chocolate malt finally arrives, he eyes the pair of straws with derision, then, in direct contrast to Eve, flicks one aside so that he can sip from a solitary straw in peace. His glasses slide down in the process, and he’s quick to nudge them back to the bridge of his nose with two fingers while retreating from the sugary beverage. Regretfully, it does hit the spot. Hanzo has a sweet tooth that could rival most, but he tries to keep it under wraps, irrationally worried that being seen with an icecream cone would somehow tarnish his reputation. Because Eve’s presence serves as a repellent to mockery, he allows this indulgence. (Though the fact that she had ordered for the both of them didn’t leave him with many options in the first place.)

The hyena-like cackling of a nearby group of teenagers captures his attention, and it takes every ounce of self-restraint for him to not storm over there and threaten them with detention if they don’t learn to conduct themselves like civilized adults. Realistically, he has no power here, so trying to keep out any riffraff would be moot, but the temptation to obnoxiously flaunt his authority is ever present. After forcibly reigning in his teacher senses, Hanzo’s focus snaps back to Eve, a well-maintained eyebrow arching at the question she’d asked.

“To watch you flirt with the waitress?” he guesses in an unimpressed deadpan, earning a smattering of light chuckles from the invisible audience. He drums his fingers on the table, as though that might drown out the phantom laughing noises that seem to plague his every move, but to no avail. Thankfully, they die out on their own accord.

“Why you needed a chaperone for this is beyond me, but could you have at least waited until the weekend?” he puts in, exasperation dragging the end of his rhetorical inquiry into a sigh. “I can not stay out late on school nights.” A bitter addition of You should know this remains steadfast on his tongue, for Eve’s ire is not one he wishes to instigate.

Evelyn rolls her eyes at his quip, but waits patiently for the laughter to die down instead of inserting a remark of her own. Sometimes it's better to play the straight man. Wait for your next opportunity to get a jab in. Eve levels a steady, not-so-furious glare at him at his complaints, only slightly withering-- of course she knows this. She doesn't bother saying it, instead kicking back to observe, her eyes roving the joint.

"I brought you here because you're pathetic." Evelyn looks him in the eye to say this, gaze unflinching. She tips her head towards the (disgustingly) happy couple at the other side of the building. "You see them?" Of course he does. Her expression is faintly amused. "They're having the time of their short little lives. All lovey-dovey, sharing a shake." She sips noisily at her own two straws with a glare, seeming not to notice the irony. Her gaze flits back to Hanzo, piercing. "You spend all day surrounded by this kind of worthless guff, and for what? Nothing?" Suddenly, Eve sits up, dropping an elbow back on the table with a clang. "I know how hard you work. You deserve something, Shibata. To live a little. Have some fun. The only thing holding you back is... well, you." It'd be inspiring, almost, if not for the judgmental gesture of emphasis to his entire body on the last word.

Evelyn leans forward, reaches a hand out, and plucks Hanzo’s glasses off his nose. She leans back, maintains eye contact, and there’s a resounding crack-- Evelyn tosses the remains of the specs back on the table, where they slide across it in two sad pieces. “There,” she says, crossing her arms to observe him. She frowns. “Hm.” When she leans forward again, it’s to pull a section of hair out from his neat hairdo, twist it around her finger, and let it drop. She musses the rest of it too, just quick enough to scruff it up a little. “There,” she says again, much more satisfied. Eve leans back, a smug smile on her face. She scoots a spoon towards him, forces it into his hand to make him look. “What do you think?” Evelyn asks, proud.