Writers, if you haven't included your character's bio below, now's your chance to do so! Don't forget to read about the AU before you do this! 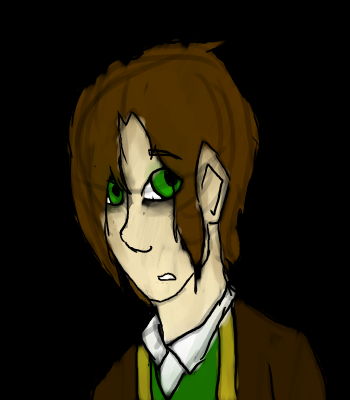 ​
Daniel Mayfair was a young archaeologist living in the world of Pandora. Hi main field of study being the old civilizations which resided in the area and their lives. He was a decently well known writer in the field of study before the apocalypse began, having a few observational books and some more scientific journals.

He was born and raised in Cascade Bay and suffered numerous hardships in his life, the abuse of his father, the death of his sister, and the borderline frightening possessiveness of his former mentor - in Archaeology and... more gruesome lessons - Alexander Brennenburg, which make him slow to trust. He's also chronically frightened of the dark and suffers random instances of short-term amnesia, causing him to write down basically everything he's told.

He used to trust Alexander with almost his very life, living with him in Pandora Town to study, until the man proved himself to be nothing more than attempting to get at knowledge Daniel possessed to fuel his own fame and win over his colleagues.
Enraged and insulted, Daniel got into a fight with Alexander which ended with Alexander cracking him over the head with a wine bottle. Daniel was unconscious for several days in the Pandora Town Hospital before being discharged. He began to have his bouts of amnesia around that time, though they always cleared up after a few hours with him feeling quite disoriented afterwards. Unable to deal with being around Alexander, he fled back to Cascade Bay and has lived there ever since.

He begins in this AU hiding out in a set of ruins near Cascade Bay that he'd extensively mapped out.

You kill or you die. ​
• Grew up in Misty Hollow. Had an older brother (Brian) and abusive dad.
• Went through a string of unsatisfactory jobs, including trucker and worker in a muffler shop. Ended up working in an office longest with "a boss half [his] age and an IQ even lower".
• Got a wife (Sarah) and had a kid (Penny).
• Sarah died in a car accident, leaving him to take care of their daughter on his own.
• After the Turn, he became "The Governor" of a settlement (Providence) in Pandora Town.
• Penny got bit. The Governor kept her reanimated corpse in a closet.
• A certain lady killed Penny and poked out his eye with a broken piece of glass from one of his fish tanks.
• He tries to exterminate any other camps and settlements, both to steal their supplies and to ensure they don't become a threat. He's got his one good eye focused on a certain group at the moment...

​
Annie used to be a design student living in Pandora Town. She met who she thought was the love of her life, Owen, while she was studying at the college. They moved in together. She thought she was going to marry him. Once the dead overran the town, though, Owen fled, leaving her alone in that house with a broken heart. For some time, it stopped her from leaving the house altogether and she kept herself barricaded inside, managing to stay alive for a long time until the day she ran dangerously low on food and water. That was when she finally dragged herself out and she's been moving around ever since. Not much of a fighter, she tries to go where the people go, afraid to be out there alone.

​
Bellamy grew up in Misty Hollow, the first of two children to a single mother. He and his younger sister, Octavia, never properly knew who their father was. They tried not to dwell on it either, especially after their mother died when Octavia was a teenager. After that, Octavia was the only thing that mattered in the world to Bellamy. He swore to protect her and would sacrifice anything for her.

That was why it was such a blow when the outbreak started and they were separated. Bellamy spent years seeking her out, traveling from group to group, or traveling on his own, as dangerous as that was. In the end, he found himself living and working in a gated community in Pandora Town called Providence. Bellamy mans the gate daily in hopes that he might find his sister stumbling upon the community. ​
Born and raised in Cascade Bay Logan was raised mostly by his father who would take him with him and his brother out to Silverwood to hunt and camp out in the woods. Logan and his brother fought one another constantly and the two never truly worked out their differences. After their father died the two got into an argument over his will during a hunting trip. Logan was about to be shot by his brother when a man stumbled out of the tree line and bit into his brother's neck. Logan shot the freak but wasn't able to save his brother, who died of his wounds minutes later. While he set about looking for someone to help he found nothing but terrified people and flesh eating monsters. He raided his family's house of anything he could carry, ammunition, food, water, and a sleeping bag.

He disappeared into the woods, hunting, killing the undead, and avoiding or stealing from bandits. At times he had to make hard choices, who to save and who to leave behind but for the most part he stayed alone and avoided contact with others. Becoming a ghost in the woods. ​
Born in Pandora Town, Jean Grey had loving parents and an ordinary childhood. That is, until the zombie apocalypse happened and she watched her neighbour and best friend get eaten. Traumatised, she doesn't remember much about the first few years after that, but she does remember moving around a lot until she was separated from her family just outside Misty Hollow. Fortunately, she met a bunch of ragtag teenagers with similar backstories and while somehow mostly surviving against the odds and zombies, Jean has been trying to help people where she can. Seriously, it’s a miracle she’s not dead yet.

​
Born in Pandora Town, Jack gained the reputation for being a weird dude. He was a prankster in his youth, and had a small group of friends--he picked his friends based on who laughed at his jokes the most. He went to school, got educated in a field he didn't care about, and even became engaged to a woman. However, one day, he dropped everything to pursue a career in standup comedy.

He bombed pretty terribly on his first gig. And his second. And his third. It took until his fourth to get one that went fairly decently, but a zombie outbreak broke out the next day, and his fiance was among the victims. It was by his hand that her reanimated corpse was killed, and he joined a small group of survivors soon after.

He's been pretty quiet lately, and he's left the group for long periods at a time before returning. He's also been heard muttering to himself lately. ​
Astra and her family come from Cascade Bay -- it was there that she was pursuing a career in environmental science (and marine biology) before the apocalypse hit. Her twin sister, Alura, was the first infected person Astra encountered: she returned home from work one day to find that she had slaughtered most of the rest of their family.

When Alura turned on her, Astra was forced to kill her in self-defense.

The experience hardened her considerably. The only thing keeping her going now is defiance -- and the desire to find the sole possible survivor remember of Alura's family: her daughter, and Astra's niece, who was not found at the scene of the slaughter.

The search has taken her and wide far across Pandora. She avoids people where she can, especially large groups of them, and has been known to hunt the undead almost vindictively. While she claims indifference towards the rest of the world, however, it's difficult for her to pass up someone in need of real help -- she's a better person than she thinks she is.

​
Nicky grew up in Pandora town to a rich mother who prefered to party and go out rather than stay at home, and a father who left before she was even born. In a fit of rebellion when she hit her teenage years, Nicky found herself addicted to heroin and living on the streets before being taken in by stern by kind woman, Galina Reznikov aka Red. In addition to becoming a mother figure to the wayward youth, Red also helped get Nicky clean and sober and it's how she stayed until the zombies came.

The pair got separated and Nicky was alone. Struggling with her addiction, Nicky has taken some serious risks that have almost gotten her bitten and killed. She hides where-ever she can, preferring to be alone and not get her heartbroken. But in an apocalypse, it's important to have friends, have a group.

You're much more vulnerable alone.