RYOTARO DOJIMA
This town is my town. It's the place where you and Nanako live. That's why I'm gonna live on, protecting this place. As a detective... as a father. 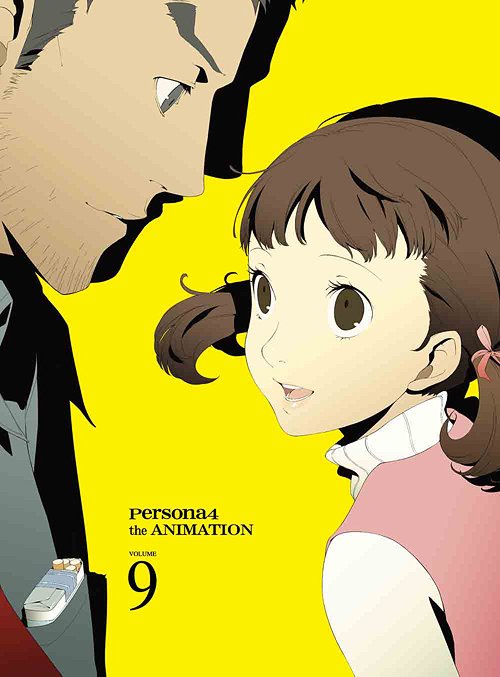 
SKILLS & ABILITIES
Ryotaro is a seasoned detective, giving him great deductive abilities. He can also tell when someone is lying fairly well. He's also trained with firearms and can hold his own in a brawl if need be.


WEAKNESSES
Ryotaro is very much just human, meaning he's as vulnerable as any other person to anything that could get him seriously hurt or killed. Of course, being only a 7 years old girl, Nanako is even more vulnerable than him.

PERSONALITY
Ryotaro is strict and difficult to get along with while working. Once he has his mind set on something, it’s nearly impossible to make him back down due to his incredible persistence.

In a more casual setting, Ryotaro often finds himself struggling with making small talk and sometimes his harsh behavior from work can leak in, but he generally apologizes for it whenever he notices it happening.

For the most part, Ryotaro is laid back, does what he can to help out if asked and doesn't like to poke his nose into others’ private lives even when his detective instinct starts telling him that something is off. He doesn't like being lied to but he tries to not make a big deal out of it if he can help it.

His workaholic personality unfortunately causes him to be single-tracked at times and fail to look at the bigger picture, in particular when it comes to his daughter, but he has been making gradual progress at separating his job from being the father he wants to be.

Nanako is a very mature girl for her age, being able to stay at home all by herself and do chores without any difficulty. As such, she's fairly independent, for a 7 years oldld. She tries to be nice to everyone, not wanting to hurt their feelings if she can help it, and is a genuinely cheerful girl most of the time. She tends to shy away from strangers, but is quick to warm up to them after spending some time around them.

Mature as she may be, she’s still just a little girl and carries within herself all the innocence and needs of one. Nanako doesn’t like being alone, although she’s perfectly capable of enduring the loneliness if there’s no other option. Still, there’s only so much that she can take before she reaches her breaking point.

OPTIONAL HISTORY
ROLEPLAY SAMPLE
It was an evening a week after Yu had gone back to his home in the city. Ever since then, things definitely were different, in a bad way. The house felt empty and there was a definite somber atmosphere in the air and a lot of it came from a certain little girl who was looking at the TV with such a sad face that it looked like someone had died.

It was nothing short of amazing how much of an impact Yu had in his one year in Inaba, including on Ryotaro himself. In that short span of time, Yu managed to mend the family that Ryotaro had been unwittingly breaking apart more and more by chasing after a ghost. Now, Nanako is happier than ever.

Well, at least she was until Yu went back home.

“Cheer up, Nanako,” he said as he came back from the kitchen and approached her, earning his daughter's attention. “It's not like you're never going to see him again.” He smiled reassuringly.

“I know, but… It’s just not the same without big bro around…” said Nanako, pouting.

It was hard to argue against that, so Ryotaro decided not to. Instead, he tried to focus on different solutions to the problem. It probably wasn’t helping Nanako to stay at home, where Yu’s absence was most obvious, so maybe it would be better to take her somewhere else. Try to distract her from missing her “big bro” by letting her have some fun. Yeah, that sounded like a good idea.

“C'mon, you need to stop dwelling on it. How about I take you somewhere tomorrow?” He suggested.

“Yeah. Now that the case is over and the town calmed down a little, I'm not too busy.” Ryotaro smiled.

That and he stopped being so focused on Chisato's hit-and-run in favor of being a better parent. He was still recovering from his wounds as well and was often told by coworkers that he needed to take it easy if he didn't want to make another trip to the doctor. It was annoying, but they had a point.

“So, where do you want to go?” He asked, ready to make any necessary compromises.

Nanako takes a moment to think, her gaze falling to the ground as she went through the options in her head.

“Let's go to Junes!” She replied, looking up at her father with a big smile on her face.

“Do you not want to go, daddy?” Nanako asked back, tilting her head and already starting to look sad.

“No, no, it's not that.” Ryotaro shook his head. “I just thought you'd be tired of Junes by now.” He answered sincerely.

“I never get tired of Junes!” Nanako proudly stated before beginning to sing the all too familiar jingle. “Everyday's great at your Junes!”

Most kids would want to go to a playground, or a park, or whatever, but Nanako's favorite place was a department store, of all things. It was one of the things about her that Ryotaro just couldn't understand, but maybe that was because he was getting old. Either way, as long as it made Nanako happy, he was fine with it. Plus, it sounded like a good opportunity to get some grocery shopping done.

“Alright, we’ll go to Junes tomorrow then. Now…” he looked at his wristwatch, seeing that it was already late. “It’s bedtime, Nanako.”

“Oh, okay.” Nanako then grabbed the remote control and turned off the TV, then standing up from where she was seated. “Can you read to me tonight, daddy?”

Ryotaro nodded. “Sure, I’ll be up there in a minute. You go get yourself ready to sleep.”

Nanako ran upstairs while Ryotaro stayed in the living room, just glancing at his empty surroundings. Yu would usually still be up at this time, but now there was nobody else there. Looking back at the kitchen, Ryotaro saw the coffee mug that once belonged to Chisato that he then gave to Yu, it stayed at his home, waiting for it's new owner to return someday.

The house was going to feel empty for a while alright, but everything would be fine as long as he could be there for Nanako when she was feeling down.

Also bless you for NPCing Nanako. We all know who the real star is.

Arthur Fleck
JOKE OF THE DAY: How is lyfe like toilet paper? Your either on a roll or taking shit from someone.
Yesterday at 8:19 AM •••