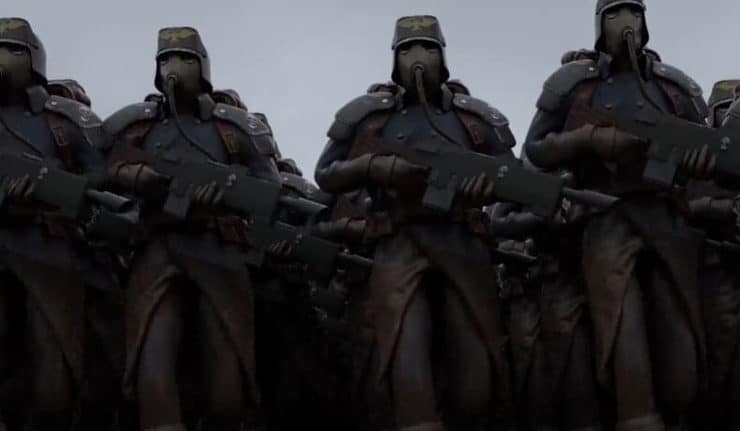 April 18th, Y110​
In a press conference this morning on the discussion of the aftermath concerning the Killing Game tragedies, the safety of Cascade Bay's citizens, and the exile of confirmed perpetrator of the terrorist kidnappings, Junko Enoshima, Admiral Griffith Invictus of the Cascade Bay Naval Department had announced his intentions to "increase the level of security and surveillance in and around all military-operated institutions and sponsored events to disavow any would-be copycat terrorists of their ability to enact a similar threat." How the Cascade Navy will undergo these liberty restrictions is yet, as it stands, unknown.

Admiral Invictus had also seeked to quell the existing rumours that he had been in a close and personal relationship with Junko Enoshima, alleged perpetrator and mastermind behind the Killing Game tragedies, and only had this to say: " had only ever laid eyes upon the woman once before and neither at a glance could I assess she would be capable of such a thing. It only goes to show that the world as we know it is rotting in ways we'll never see until its too late, and will take a vigilant soul to watch for his neighbor and his neighbor to him. Do not allow her [Junko Enoshima] to divide you, only then will she truly win."