If you've got a question that isn't covered in our Guidebook forum and isn't on this list, feel free to swing by the Questions & Suggestions forum and ask us!

How do characters get to Pandora? How do they disappear from Pandora?

A varied number of thin black cords sprout from the ground, grabbing hold of the character, and drag them into the ground. Once they are pulled back up from the ground again, they are in Pandora.

Characters in Pandora disappear the same way when a player drops them out-of-character. Black cords sprout out of the ground, seize them, and drag them into the ground.​

Do characters age in Pandora?

Aging is down to player discretion. Characters can continue to age normally, or it can be made impossible for them to upon entering Pandora, thus staying the same age they were when they were brought into the world.​

How do languages work in Pandora?

When a character enters Pandora, all verbal communication is automatically translated into their native tongue or desired language. However, written language does not translate itself unless your character uses the translation device created by the Department of Magical Advancements, so characters may find it difficult reading texts from other worlds without it.

There are, however, a few exceptions. Language involved in spellcasting does not translate. Similarly, things that do not have a direct translation (such as Japanese honorifics) or that are proper nouns (such as the names of places, people, and items) do not necessarily translate.​

Do characters from the same fandom recognize that a character in Pandora went missing in their world?

No. Characters who arrive in Pandora and encounter a fellow canonmate will be surprised to find them here, as events in their world continued as if their canonmate never left.​

When does a new year begin in Pandora?

Is Pandora round? Is there a moon that waxes and wanes? What about constellations?

Pandora is quite literally a box, with invisible walls preventing characters from moving beyond its borders, so characters cannot say for sure whether Pandora is round or not.

It is considered common knowledge that the sky is some sort of illusion, and mimics Earth’s sky, though this may be refuted by those with the ability to fly beyond Pandora's open ceiling. The sun moves across the sky during the day and the moon waxes and wanes like Earth’s moon. The constellations themselves are unlike anything seen on Earth, though.​

Can characters produce offspring in Pandora? Can animals?

Animals, however, can both conceive and birth offspring in Pandora. This way, farmers can breed livestock without worrying about whether or not their resources may run out.​

If a character has a disease/condition/etc., does it still progress?

Regardless of whether a character ages or not, time does pass as it normally does in Pandora and bodily functions remain unchanged. This means that a character's hair will grow over time, they may gain or lose weight, and if they have a condition (such as a disease), that condition will progress as it normally would have outside of Pandora.

Characters can still get sick and the passage of time can have a negative effect on their body (for example, a character can still starve to death). For characters that don't age, the lack of physical aging just saves them from conditions that normally come with physical aging.​

Are status messages posted on StarkNet? Are they board canon or not?

Posting a status message with your character account tends to be played as posting a message to Pandora's social media site (StarkBook). However, these status messages default to being 100% OOC. They are not to be used to inform IC events or roleplay. You can use status messages as inspiration for threads, but information from statuses should not be used directly in threads and should not influence IC opinions.​
Last edited: Jan 10, 2020

What if I want to app a character that has a complicated or criminal history in Pandora?

Newly arrived characters with high-profile criminal activity will still be held accountable for past deeds in Pandora. Due to the nature of Pandora, trials are often held in such circumstances to prove the criminal has no memory of their past crimes and are cleared of all charges. Players resetting a character should play out this trial in either a thread, or a current event article. If picking up a character you have never played before, you can assume this IC trial took place behind-the-scenes and don't have to explicitly write it out. Bear in mind that your character's history may still impact how other characters react to them.​

Would X fandom fit in Pandora?

Can I mix together two or more different versions of a character?

We're fine with you taking bits and pieces of other versions to further flesh out your character or contribute to headcanon. However, your character must be specifically one version at its core. For example, you can't take a character's personality from one version and their powers from a different version. Essentially, pick one version and stick with it. Blank spots can be filled with headcanon (which may or may not be inspired by another version), but otherwise, no mix and matching.​

Can I use canon NPCs in my threads?

No. To be fair to future players who may be interested in playing these characters, we will not be allowing the use of canon NPCs in threads. All NPCs used in threads should be original. Exceptions are made for pets, companion creatures and young children that may have been pulled in with the character, but these should be included in the application prior to roleplay.​

Can I roleplay a character who died in their canon?

Actually, it depends. A rule of thumb is that, if the character has not come back after death in some form or other in their canon, they cannot be brought to Pandora after they died.

However, some exceptions to this are if the character is already dead in their canon, such as Annie Sawyer in Being Human, who is a ghost since the beginning of the series. Or, if they die at some point in their canon and make more than a few appearances after their death, one such example being Bobby Singer in Supernatural, who lingered on as a ghost for several episodes before he moved on.

Only stick to what is portrayed in canon, however. If your character remained dead, they cannot be brought into Pandora past that point. If you are unsure whether you can apply for a character after their death, feel free to ask us in our Questions & Suggestions forum.​

If I apply for a character past their last point in canon, how far ahead into the future can I take them from?

While you can take a character from any point in their canon you want to, if you are taking a character after their last appearance in canon, you can only take them up to two weeks maximum after that point.​

Does my character need to arrive in Pandora by a certain date?

Characters can arrive on any date as long as it occurs during the site's current season.​

Do I have to take my character from around the same time as their previously established canonmates?

Nope! You can take them from whenever you'd like to take them from. Canon timelines stay 100% intact regardless of whether or not canonmates are or ever have been here, so it doesn't mess around with the continuity at all.​

What’s the purpose of re-apps?

Re-apps serve many purposes, the most common of them being that you want to update your application after you realized you left something out, or there are sections of it that you want to improve on.

Another common reason for re-apps is to add to or detract from your character’s skills. We require that any changes in skills, such as a character changing into a vampire, undergo a re-app before you continue posting with the updated skills so that we can gauge the power level of the character.

You might even want to re-app your character if you want to take them from a different canon point entirely. While this only requires updating the history to match, your character will be reset. This means that they will re-enter Pandora and be given a fresh start, and that you cannot continue any past threads.​

Unfortunately, this is a difficult question to answer. We have no defined limits as there are so many different characters with different capabilities and powers. We don’t base things purely on a character’s power level, but what they’re capable of doing with their abilities. Practice discretion when applying for a powerful character and power them down where you see fit. If you're still unsure about a character's ability, feel free to add it in your app and Staff will determine whether it is acceptable for Pandora or not.​

Can I bring in items from my character’s canon after I've already apped them?

Yes! However, we ask that you run them by Staff before writing the items into the world, as any such item may require a re-app of the character before it can be used in threads.​

If the character I’m considering is very tiny or very large, would Pandora keep their height or make them more “normal” sized?

Your character would remain whatever their canon size is. For example, if you applied for Thumbelina, then she would only be an inch or two.​

Can my character be pulled in with an item another character in Pandora already has? For example, Harry Potter's Invisibility Cloak?

Yes and no. Since Pandora pulls in characters from the same world but different canon points, sometimes there are duplicates of items. Just as long as these items are not world-breaking, or have some sort of consciousness that makes them NPCs, they should be good to go!

If you're still unsure whether your item qualifies, just ask us in the Questions & Suggestions forum.​
Last edited: Jan 10, 2020

When is the next Activity Check?

How do I know if my character is safe for the Activity Check?

This is impossible to say, as players are not informed of the date Activity Checks are performed. However, if you post a minimum of once a week, your character should always be 100% safe, no matter when we perform the Activity Check.​
Last edited: Jan 10, 2020
You must log in or register to reply here.
Share:
Reddit Pinterest Tumblr WhatsApp Email Link 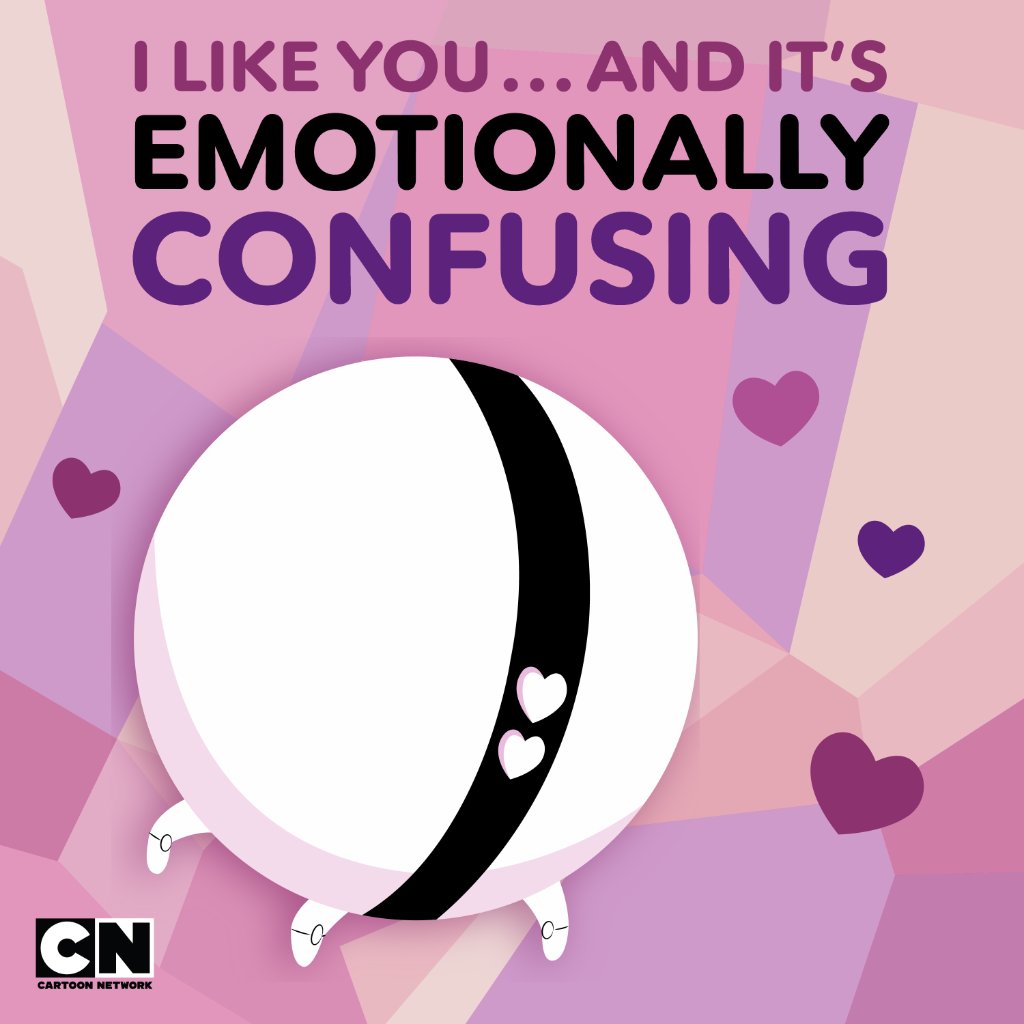 Nico di Angelo
//https://pandorarp.com/threads/a-beautiful-daydream-nicos-organizer.54112/ Nico is open for plots. Lmk if you wanna do something.//
Tuesday at 11:49 PM •••

Octi
THE MUSE IS BACK!!! kind of. it's a process alsjfhalsjfhjasf. older threads are coming to me as a bit of a struggle, but i don't plan on dropping things.

that said, if any of my partners are not feeling old things, now is definitely the opportunity to let me know and we can do something brandy new instead!
Tuesday at 9:20 PM •••