I wish David Morrissey had been in Slipstream. 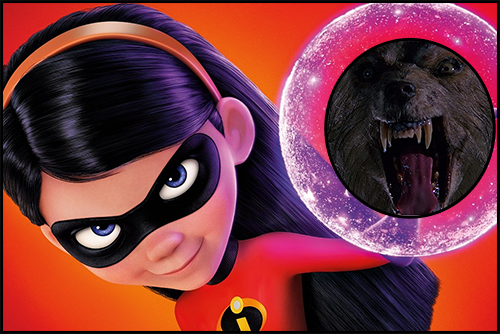 4th June - 11th June​
Vigilante super child, @Violet Parr, had a hair-raising experience when she stopped a werewolf from turning diners at a popular Centria fast food restaurant into dog food. She was able to keep the beast on a tight leash until police could arrive.

The werewolf later returned to human form in prison, but due to barking mad Lycanthrope Privacy Laws, police would not reveal his identity to the public. One of our exclusive insiders described him as eighteen or nineteen, with blond hair and blue eyes, wearing “a dazed, hangdog expression” and “missing a hand”. We howled with laughter when the insider complained that he was “a little short to be a werewolf”. He’s expected to remain in the doghouse until the 11th June in case of more accidental transformations. Due to his squeaky clean record, the police intend to release him with nothing more than a smack on the nose.

A police spokesperson was quick to pat Violet Parr on the head and praise her heroic actions, stating that she was an “inspiration to the young people of Centria” and “destined to achieve great things”. Good girl!