Guess who wants to app a new character, and has a shiny fresh skip at the ready, but is indecisive as ever.

In one corner we have one Weiss Schnee, who i would take from current season drama. And i have written her before, but others have on this site and i´d probably have chronic imposter system. I love her though she is an absolute mood and she is amazing.

In the other corner we have Glynda Goodwitch. Who i would take from shortly after she was last seen in Season 3. Though i haven´t written her before i do have some plot nuggets for her in mind (which i shall keep secret because i want this be as character based as possible). But she is a lesser known / secondary character so idk if people would be happy to have her if i put her against Weiss.

Please let me know and give me your feedback

asfljahsfljahsljafs both of these are GLORIOUS CHOICES!!!!

I know we've already talked like wildly about the plot potential here omg, so literally whichever one you ended up choosing would be incredible, and please do NOT think nobody would be interested in seeing Glynda! We have an amazing cast of adult RWBIES who would know her.

With Weiss, there's a lot of delicious plot potential (and I know somebody was talking about potentially taking Winter so hmmmMMmMMmmmmm) and also a fantastic cast of kids who are literally dying to complete team RWBY. She could travel to Horizon since her friends have been spending some time there (and also like ... fucking picture Weiss in Horizon ... picture it ... hysterical ...) and then quickly portal hop back to civilization asljfhaljsfhaljsfajslf.

I would also love to throw Oscar at her even though he has hung out with zero RWBIES thus far. In time. :]

BUT ALSO GLYNDA ... we've talked about Schola shenanigans with her a little bit. There's an opening there for somebody of her talents that not many other teachers could fill if she would be interested! But also, when I first watched the show, Glynda was the first character who made me roar with excitement because she's fUCKING AWESOMEEEEE.

So anyways I voted for Weiss, but, like, I would literally scream my head off about either.
Reactions: Ruby Branwen-Rose, Kitty and Allunara

give me glynda
give her to me

all of them in the same room arguing

how can u say no
Reactions: Steel, Octi and Allunara

Anyway the point is he needs Glynda to babysit him because he's a mess and he can't be expected to organize his life by himself, Glynda. He just can't. That's asking too much. He can barely figure out wifi, Glynda.
Reactions: Steel, Allunara and Qrow Branwen

ASDCFGDSCDFS I JUST NOTICED THIS AND I AM OVER THE MOON!!

both options would be wonderful bc weiss was confirmed as having looked up to james as a role model, and considering everything that happened in v7... my heart huuuuurts.

glynda however would be a fantastic option for the adult squad because the boys miss her terribly and there would be less drama initially... but still a chance for some along the way what with the shenanigans they always get down to :3c i also absolutely adore james and glynda as a duo and dfvsgh he's missed her terribly <333

tl;dr i would be happy with whatever you pick BUT I WOULD ADORE GLYNDA...
Reactions: Octi, milk and Allunara

thinks abt apping oobleck even harder
pls allu you'd be great with either of them but i adore glynda with all of my heart she could bully any of my characters any heckin' time!!
it's free real estate!

i already voted but I ALSO HAVE THOUGHTS and im gonna say weiss weiss weiss plz, maria is already reconnecting with ruby and half-adopting blake out in the wastes and would love to add weiss to the pile of Kids in her odd little family

glynda would also be amazing, if only bc i would die to see her and maria interact, oh to be a fly on that wall

BASICALLY EITHER WAY YOU GO, THERE WILL BE SO MUCH PLOTTAGE AND FUN, but i voted for weiss so there's That
Reactions: Allunara, Octi and Ruby Branwen-Rose

I COME BACK IN AGAIN WITH QUALITY IRONWITCH INTERACTIONS 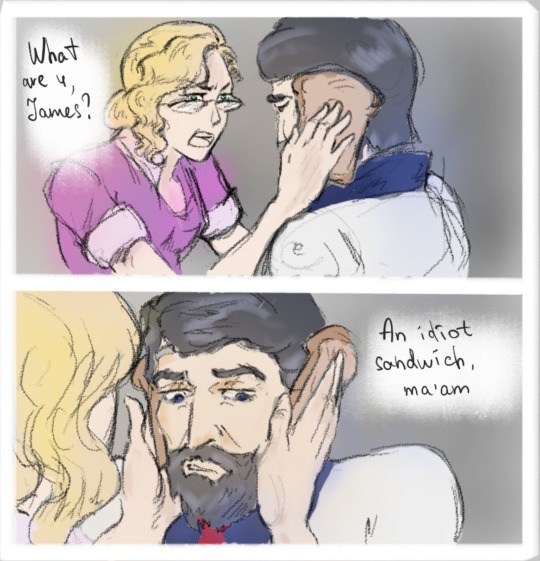 credit here bc i am not a heathen​
if you app glynda, we could make this CANON
Reactions: Rune, Allunara, Octi and 1 other person

you're right we do need more people to call jimbo stupid
Reactions: Allunara, Steel and Octi

I have such a thing for Glynda kdajkglajfgkafg. I also wanted to drop in and say if you make Weiss, I would pay my weight in love to have a thread with her and Faile. They're a lot a like and it would probably be a beautiful disaster. please. BUT ALSO GLYNDAAAA. occasionally I think of playing her, but I don't know enough to be comfortable DO THE THINGS.
Reactions: milk, Steel, Octi and 1 other person
You must log in or register to reply here.
Share:
Reddit Pinterest Tumblr WhatsApp Email Share Link

toothflick
I'm done with finals and am ready to do things again!
Today at 1:12 PM •••

Shinjiro Hayata
ANOTHER giant mech? Anyone else getting a bad feeling about this?
Yesterday at 7:57 PM •••

theweasleyboys
//Taking 2 days off for myself. Sorry for my mental black hole, but this is necessary if I ever want to feel better again.//
Tuesday at 7:20 PM •••