The Man Without Fear

Occupation
General Secretary of the Alliance

Hal Jordan
I had a choice: spend my life running away from fear, or charge toward it. Face it. Beat it. 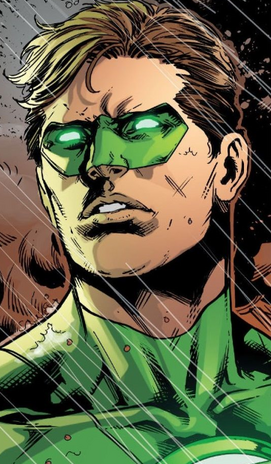 
SKILLS & ABILITIES
Green Lantern Power Ring - Considered one of the most powerful weapons in the universe it originates from. The power ring has the ability to quite literally do almost anything its owner can will it to do. And Hal's at this point is probably the top of the top considering Lantern rings, as he quite literally created it through his own willpower forever linking this ring to him. Making the two 'one in the same'. A feat that no-one thought possible, as only the Guardians could have created the full-on ring out of nothing, however, it must be said that all Lanterns can initiate a pre-programmed feature within all rings to automatically create a limited duplicate as a means to deputize people in dire times. The list below will go future into detail about a number of he abilities a Green Lantern is given via their ring.

WEAKNESS
PERSONALITY
Hal is many things. Most notably known for his good humor, reckless behavior, and all around fearless attitude that make him such a great Lantern. His lack of care for anything but what he feels is right tends to cause the man to come to blows with just about anyone around him. Simply because he's not the sort of person who'll
keep a comment to himself if it crosses his mind. Causing many to presume the man's an asshole when he only sort of is.

Besides that, he's a really good man and who'll do anything and everything in his power for the people. That's all that drives him. Not vengeance or some desire to be a hero. Just doing what's right because he's got the abilities to do it. 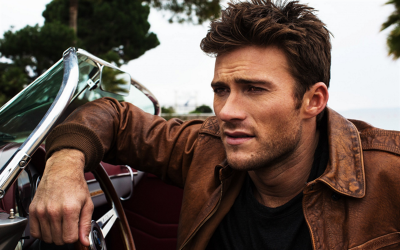 ROLEPLAY SAMPLE
Hal woke up in the middle of nowhere, on a planet that clearly wasn't within his sector. He had just halted the war between the Atlantians and Humans, and right before he had any time to even celebrate. Something kidnapped him, something that was going to get their ass beat, to a bloody pulp.

'This is just great. ' He mumbled to himself as he once more activated his ring, and within a moments notice his body was covered. He quickly made sure the rings emergency beacon went off, as he began to see if any other Lanterns were within his general area.

When the Ring made note that there were no other Lanterns within the area, Hals mind began to run wild, even more so when the Ring informed him that he wasn't in any 'charted' sector of space.

'How is that possible.' Hal's mind went rabid for a moment, trying to figure out what happened? He tried to recall what had taken him, but all he could recall was these black ropes taking him in the middle of space.

Why he had no idea, but wherever he was. He'd soon figure out, and hopefully, someone could point him back towards Lantern protected space, that was if there was life on this planet in the first place.
Last edited by a moderator: Jan 19, 2020
Reactions: Ophelia and Jason Todd

your application is
ACCEPTED
Looks good! Have fun!

Chip
Thanks for everything, Pandora! If you would ever like to talk just add me on mirai#0007
Yesterday at 1:56 PM •••

Octi
what do you do when you are pretty constantly caught up? you write more charries, obviously!
Yesterday at 10:43 AM •••

Billyboy
"...Whoever said 'Silence is Golden', obviously never needed friends or family around."
Thursday at 8:10 PM •••

Rik-Rik-Ree
tfw the anole in your house keeps outsmarting you. #FloridaProblems
Thursday at 7:11 PM •••