LENALEE LEE
”We can’t just go back from here. If we turn back now, we’ll be trampling on the backs of those who got us this far.”


SKILLS & ABILITIES
Lenalee is fast, and agile, even without her Dark Boots activated. She’s strong too, and deceptively toned, with the fighting prowess of someone who has been fighting for as long as she can remember, able to easy pick up and throw around people. Her instincts are good, with her often getting foreboding feelings when something is about to go wrong, or simply dodging an attack without thinking. She’s intelligent, and occasionally manipulative, knowing how to use her looks or puppy dog eyes to her advantage. Lenalee has acted as an assistant in the past, and so is good with paperwork, and makes excellent coffee.

More than anything else, Lenalee is determined. Break her bones, try to drown her, and she will get back up, to the point where she can push herself beyond the point of what should be possible for a normal human, even if she pays the price for it later.

 Dark BootsLenalee’s Innocence, the Dark Boots allow her to jump to ludicrous heights and move at insane, dodge-bullets-with-ease kind of speeds, and then land, without any impact damage. Float like a butterfly, sting like a ton of bricks hitting you at terminal velocity. When unactivated, they hover around her ankles as bangles of red crystal. In this state, they can be invoked with nothing less than a thought. When they’re invoked, the Dark Boots appear to be red thigh-high heeled boots. From a jump, Lenalee can easily jump 100 metres, more if she chooses, without any special techniques needed, and control the weight by which she lands, meaning that she can land as lightly as a feather, or as heavy as a car. For this reason, the Dark Boots also grant her some immunity from G-Force and air friction, though this has limits. They’re made out of Innocence and blood, meaning that, if they’re broken, they can be repaired with a simple sacrifice of more blood.

Innocence is also known as God’s Crystal. It is the only substance known to be capable of destroying Akuma (except a form of cannibalism), demon-like creatures born from Dark Matter, and powered by the souls of the dead. For this reason, the Dark Boots are capable of damaging and destroying (or purifying, depending on the circumstances) creatures of demonic or infernal origin, even those that would otherwise be invulnerable to normal weapons. Not only does this mean that Lenalee’s kicks can damage these beings, but, as any phenomena caused by the Dark Boots (shockwaves or air bursts) also does the same kind of damage, so can can anything like that.

Lenalee currently has access to a few special techniques, but she mainly uses three. The first, Tornado, allows her to create a tornado with her Dark Boots that can shred skin from humans, and utterly destroy weak beings of an infernal nature. The second, Sound Shackles, condenses sound waves into solid surfaces that she can step off, allowing her to move at the speed of sound. The third, Water Shackles, allows her to walk and step off water. She does have access to a fourth technique, Iron Shackles, that allows her to hit with the strength of a meteor, but she doesn’t really use that often, considering that it almost killed her.

Innocence is emotion based. When Lenalee feels strong emotion, the Boots may adjust accordingly, gaining more power. Similarly, as she synchronises with her Innocence, it also gains power. Currently, her synchro rate sits around 101%, but it can grow under certain circumstances, hitting the critical point, which means that she can use Iron Shackles, which turn her Dark Boots into a mass of bloody blades, at will, but she can still be hurt by them.

 Heart of the InnocenceLena's Innocence is special in a different way. It is the Heart of the Innocence, a central fragment which holds more power then the other 108. It can, in crisis, like being trapped in a blast zone, encase Lenalee in a large white crystal to protect her. This has taken a hit that leveled a country, and is almost unbreakable, like most Innocences. The song, or sound that it emits, can cause headaches in normal humans, and damage demonic, or dark-aligned creatures.

The Heart is also capable of creating more pieces of Innocence, without Lenalee's knowledge or interference, each with their own abilities. If it should be destroyed, however, all of these pieces are also destroyed.

 EquipmentHer Black Order uniform, tailored to fit her, which is designed to not be affected by her particular powers, and also bulletproof. It’s bulletproof.

 NPC AbilitiesLenalee’s golem is used for communication, and so can relay radio waves, and other means of communication. It’s a creature of magitech, and can fly, and home in on Lenalee’s location should she go missing, or it be lost.


WEAKNESSES
Shoot her in the head, she dies. Poison her, she dies. Lenalee is human, with all the flaws that that provides. Her Innocence, though powerful, does have some drawbacks. If she moved too fast, it is possible that G-Forces would strip her to pieces, and, last time she used Iron Shackles, her hair and a fair bit of her clothing burned away. Using Innocence is exhausting, and, if the Innocence decides that she is making the wrong decisions, she may lose herself, and become a Fallen One, essentially going berserk and being consumed by the Innocence. And, as, determined as she is, she is entirely susceptible to pushing herself too hard, and well, dying.

PERSONALITY
Lenalee would be the first to tell you that she is selfish. For her, her friends and family are her world, and, when she loses one of them, part of her world dies. For that reason, she would honestly be okay with most of the world dying, if the ones she loved were safe. However, she also wants to save whatever is in front of her, or whoever. And, besides, she cares about people very easily, meaning that her world is pretty large. But it is because of this that she despises when members of her world take unnecessary risks, and it is one of the few things that can make her angry with those she cares about. Since she also has a hell of a temper, its generally good to avoid upsetting her, because she will slap some sense into you.

Apart from that, she is a kind and caring young woman, forming deep bonds easily. The idea of losing people frightens her deeply, and, when faced with people from her traumatic past, she has a tendency to freeze, or run away from them, unwilling to face them, unless the life of someone she loves is on the line. Then all the bets are off. Nevertheless, she’s generally polite, and enjoys doing things for people. She’s empathetic and perceptive, but can be blinded to the truth by her love for people, at times.

ROLEPLAY SAMPLE
Lenalee ran. The echoes of the announcement ringing in her ears, she ran. And she jumped, and ran. Ran to where she knew Allen would be, knew in her bones, knew because she knew him, knew that there was no way he was leaving of his own accord, that there had to be to this, because Allen loved the Order, loved the people in it, and he hated the Noah. Well, no. He didn’t hate the Noah. He wanted to save them.

He wanted to save everyone.

Either way, Lenalee knew that there had to be more to this then wait they were being told. This wasn’t Allen. She jumped, out of the forest, beyond the canopy, seeing the flash of light in the distance that spoke to where Allen was. He was opening an Ark gate. But… surely not. Flipping, dodging an attack by someone that she couldn’t see, her Dark Boots responding to the faint sense of alarm that had rung in her head, before she landed, on the edge of the clearing.

“Wait!” she called, her voice weirdly...small. When Allen looked back, she could see that it was him, from the light in his eyes, to the way that Crowned Clown sat around his shoulders. “Y-you can’t open an Ark gate, Allen. You’ll get in trouble.” It wasn’t meant to sound that way, those weren’t the words she wanted to say, the plea that she meant to come from her lips. But she could tell that Allen knew what she had been trying to say, that she had been begging him to stay.

He wrapped her in a hug, and tears pooled in the corners of her eyes. No matter what, I’ll always be an Exorcist. His words hung in the air, the unspoken promise as obvious as her unsaid plea. Lenalee stepped back, and, with tears in her eyes, she let him go.

What else could she do?

​
BEST GORL IS BACK 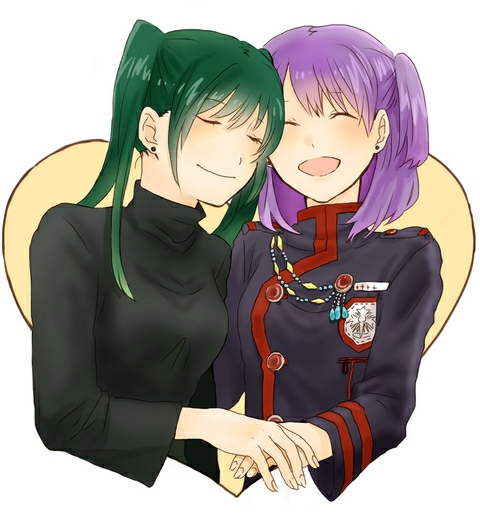 One-One Ben Solo One-One wrote on Ben Solo's profile.
Here, since you liked the lyrics I posted up on my profile. Figured you'd like the full song. It's one of my favorite songs to brood to while in my garbage can.

Raine
moving tomorrow! hopefully it wont take long and the net will be switched over asap
Yesterday at 1:02 AM •••

Kurt Wallander
Best bar or tavern in Crystal Vales? Presumably nearby Heavenfell, anyone?
Wednesday at 5:32 AM •••