Luminary of the Stars

KAITO MOMOTA
”The impossible is possible, all you gotta do is make it so!” 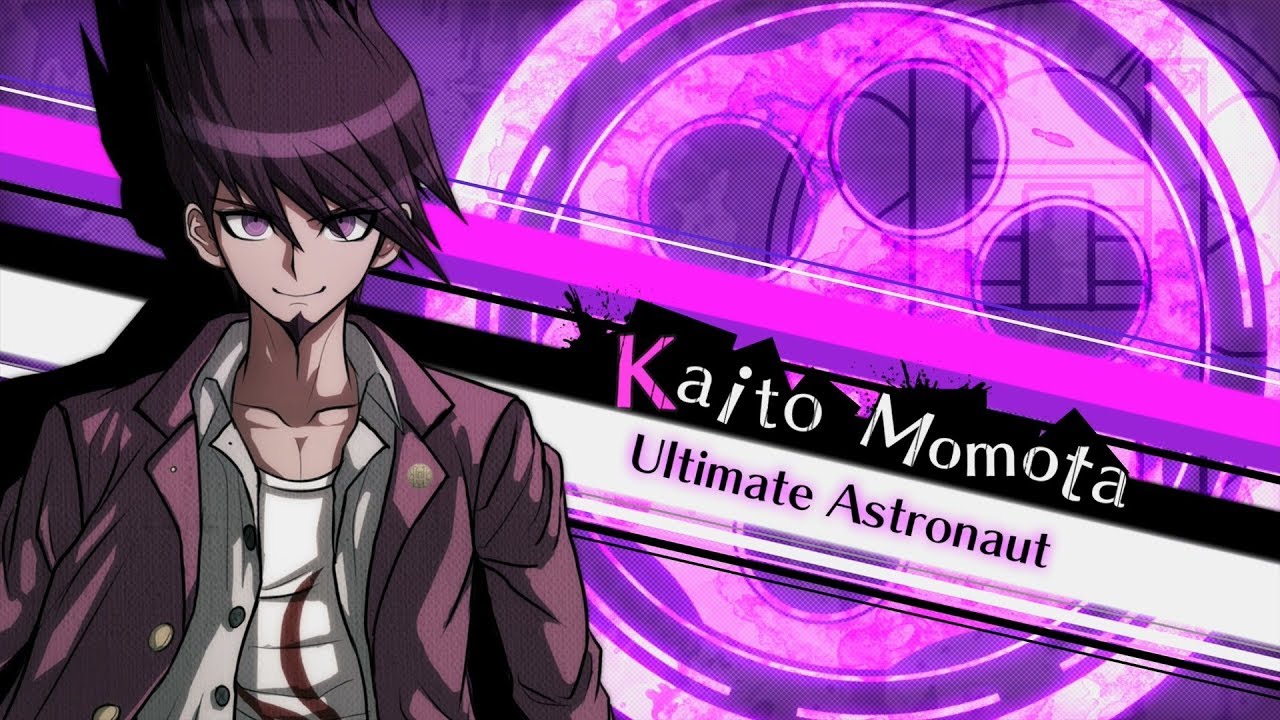 
SKILLS & ABILITIES
Kaito is known as the Ultimate Astronaut, although he’s never actually gone to space. Still, he was capable of acing the exam (although he needed to fake documents just to be able to take it) and become a trainee while still being a teenager, and he does know a lot about space and the work that has gone into exploring it.


WEAKNESSES
Kaito is just a normal human, so he can die just as easily as any other person. In addition, while he isn't sick anymore, he still has some lasting effects that make him get out of breath more easily if he pushes himself too much.

FREEFORM
Content Warning
This, might, possibly be a little bit gruesome near the end? Idk I'm just playing it safe.

What the hell was going on in Kokichi’s head?

From the start, that little bastard had been causing trouble for everyone. It started with harmless stuff, like tricking Gonta into doing that Insect Meet-and-Greet thing so he could keep everyone busy and steal all the motive videos. It didn’t take too long until he became dangerous though. Tricking Gonta into committing murder for him, then telling everyone that he was the mastermind of the killing game; all because he saw how the world outside the academy was really like.

It was still really to wrap my head around everything. Life on Earth being completely destroyed, them being the last few survivors, the whole Gofer Project thing… if I hadn’t gotten to see the outside world himself, I’d have thought all that stuff was made-up. Even now I still can’t help but feel like this whole thing isn’t real.

Things kept getting worse too, and now I’m working together with Kokichi, of all people. The bastard had lied about being the mastermind, of course he did, and went on about how he hated the killing game and wanted it to end, how he was willing to do anything to reach that goal. Even sacrifice his own life to do it, and I had to be the one to pull the trigger.

The plan was crazy, but maybe just crazy enough to work. Create a murder case where nobody knew who the victim was, trick Monokuma into thinking the victim was me, while it was actually Kokichi. Honestly, I knew that the plan was to be found out. The others had Shuichi with them, after all. He would find out the truth, like he always did, but it was worth trying, at least. Even if the plan went down the drain in the end, we could still see whether we could really throw off the mastermind like this.

Besides, I didn’t have a choice. Maki… she must’ve been real desperate to rescue me, to end the killing. She went as far as to try to kill Kokichi and, if I didn’t do anything now, then it was really going to happen. Kokichi would die from a poisoned arrow and she would become the blackened. Then… we’d have to sacrifice her so we could keep going, but I couldn’t let that happen. She was doing so much better now than she was when we first met, I couldn't let her die a pointless death like that.

Maki Roll was healthy. Hell, she was probably a better athlete than any of them, even the ones who died. Meanwhile I… I wasn’t gonna last much longer. As much as I hated to admit it, as much as I refused to die before I could go to space, I knew my body was at its limit. If I killed Kokichi and became the blackened, then at least the person who was gonna be executed would be someone who was going to die either way. That was way better than letting Maki die. She could do way more to help the others than me.

So, I went along with the plan. First, I had to pretend to be crushed by the hydraulic press in the hangar. I still didn’t know if I could really trust Kokichi or not. Lying down on the press like that… all it’d take for him to kill me would be to just not press the emergency stop, but… I guess it didn’t make much of a difference. Either way, at least Maki Roll would be safe from execution.

Kokichi did as he said he would though, so after the press stopped, I got out and helped Kokichi to the press. I took off my coat and handed it over to him so he could leave the sleeve hanging out and make everyone think it was me in there. Then, I went back to the press’ controls and it was time.

I had to kill Kokichi.

Standing there with the button right in front of me, I started hesitating. I hated Kokichi’s guts, but I didn’t think he deserved to die. Nobody did. More than anything though, being responsible for his death was a thought that honestly scared me. I knew it didn’t matter in the long run but, still…

Taking a deep breath, I pressed the button and then just… watched. The press came down on Kokichi, who didn’t move an inch that whole time and then, in the blink of an eye, there was blood splattered everywhere. It was so fast, I didn’t even get to hear him scream, and I couldn’t tell if that was better or worse. Kokichi was dead, just like that. I killed him, at his own request.

That bastard was insane, but to let yourself die like that, just to end this killing game that he claimed to hate so much. That took some serious guts to do. Even if I hated that lying sack of shit, I could at least respect his dedication.

I didn’t have time to waste though. I had to get the rest of the setup done before anybody came in. Maki… she was probably gonna get everyone running over, so I couldn’t afford to stand around. It was gonna be a lot of work and I was sure Shuichi would see through it all no problem, but there was no going back for me now. The least I could do was honor Kokichi’s last wish.

Besides, I, Kaito Momota, Luminary of the Stars, would never go down without a fight!

And I was gonna make sure to give Monokuma the fight of his life.

Luminary of the Stars

Re-app done! All that changed is that Kaito isn't sick anymore.