Gender
no thank you

ONCE-LER
UNLESS someone like you cares a whole awful lot, Nothing is going to get better. It's not. ! 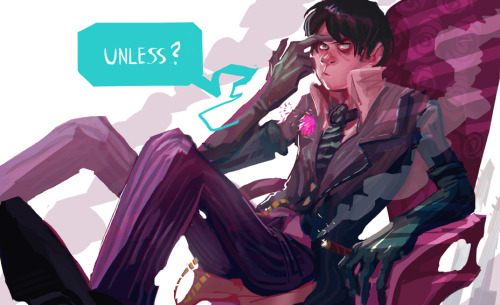 Fandom: The Lorax
Age: 21
Species: Human-ish
Gender/Pronouns: they/he/him
Canon Point: on his way home, after he decided to give up trying to sell Thneeds
NPC Companions: Melvin, the donkey


SKILLS & ABILITIES
Nothing really special about this guy, aside from the fact that he is a skilled inventor. Super- Axe- Hackers, Thneeds and houses with mechanisms that allow boots to come out and kick unwanted visitors in the face are some of the things he has invented. He is clever and talented, a good musician, a very good story teller, a skillful cook and skilled at knitting.


 Equipmenthis wagon
 NPC's AbilitiesMelvin is a donkey, it does donkey things

WEAKNESSES
Squishy little human with no powers, can be killed with various ways, but the best one by far is to off him in his sleep, because he is a VERY heavy sleeper

PERSONALITY
The Once-ler really is a portrait of an everyday guy. There is nothing very special about him, if one does not account for his unique inventiveness. There are certainly no traits of an extreme calloussness, or disregard for the feelings of others, or a willingness to hurt other living beings. He is a, zanny, admittedly, but normal young man with a lot of drive and passion who wears his emotions on his sleeve, shows compassion towards others, makes friends and enjoys eating marshmallows and pancakes. His selfissness is present in his choices and interactions, but again, it is far from an unusual trait if one considers the general behavior of people from his world. If anything, he is even a bit nicer than the average person portrayed in the story.

And yet, The Once-ler has a somewhat dark and certainly depressing path laid ahead of him, which is largely his own fault, as a product of his choices. The Once-ler behaves, some would say, like an MBA candidate. He is driven to suceed, become rich, make his business known and amount to something. He is not mature enough to realise the importance of companionship and friendship in his life yet and is instead obsessed with figuring ways to monetize his passion for inventions. The man wants to sell as many Thneeds as possible, in order to become a somebody in the eyes of his family and society as a whole.

He has fallen victim to the idea that in order to matter he needs to be financially successful. But despite his singlemindness, he often behaves in happy-go-lucky ways and engages with others in friendly and fun ways. The Once-ler is a performer and a storyteller. He enjoys attention and seeks it fervertly, but he is hardly uncaring towards the needs and emotions of others. He is playful, sassy, extraverted and thoughtful and considerate. But he is tremendously immature, which often causes him lots of trouble.

Friendship and companionship matter to him more than he would acknowledge, in fact, it is the most important aspect of his life. The Once-ler craves for acceptance, because he has been put down and felt hurt by the unthoughtfulness of others. His drive to succeed is also a product of being subjected to insults and negative comments about his worth as an individual from family and strangers alike. Yet, he is forgiving and accepting and it is more likely that he will harbor feelings of resentment for himself than others. He is his own worst critic and certainly has some inferiority complex that he will joke about to alleviate its impact on him.

When he fails, he isolates himself and carries a lot of shame and regret. He will sulk for years and years until an opportunity for redemption presents itself.

The Once-ler is certainly greedy and his tale is a cautionary one. Even if he made attempts to preserve his innocent personality as a big corporate man, stating that he was not doing anything illegal and exhibiting geniune concern for the people working for him, choosing to sacrifice the environment for economic grownth for everyone, he lost sight of the things that truly mattered to him and made himself more uncaring and far more lonely and unhappy.

ROLEPLAY SAMPLE
Gaaaah, what had gone wrong? Was it the song? Did he need to change his repertoire, introduce something more upbeat, more contemporary, start rapping maybe, do some freestyling? Would that have helped? He just couldn't quite place why everyone was so annoyed at him and worse still, refused to give his invention a try! Maybe it was ahead of his time or something and it would be appreciated later... But he really didn't want to wait until after he died to have the value of the Thneed recognized! And let someone else profit from his life's work while he was food for worms?

Maybe he was a poor salesperson. Or maybe the Thneed wasn't that attractive of a product as he had originally thought and he had miscalculated everything. Mother always said that he was not going to make it and lo and behold, he was returning to his woodland house with his tail under his legs. He hoped The Lorax and the rest of the gang wouldn't make fun of him at least. Really didn't want to go through that right now.

He sighed and sighed and sighed some more, his eyes downcast and his mouth twisting into a pout. Melvin was actually having fun with the whole tomato throwing thing, which was mainly what the townspeople wanted to do with the Once-ler. Well, bad news for Melvin! He was going to have to find something else to amuse himself, because he was not going back to that place. He had had enough! He was fed up and tired and wow look at that there were black smokey ropes coming out of the ground now, which was like, just great, perfect timing, wait what?

Everything kinda went dark after that.

And then he immediately lifted his body up because he had drowned just a few days ago, when a certain someone had the brilliant idea to place his bed in a river with his sleeping self on it! His relationship with the Lorax had improved since then but if the little critter was doing more of his games, the Once-ler would be.... terribly confused, finding himself staring at a huge city, sprawling as far as the eye could see. A sign over his head read 'WELCOME TO ARK CITY'.

'Huuh?' he wondered out loud.
Last edited: Friday at 11:29 AM
Reactions: Siri, Steve Harrington and Chrosmo

Gender
no thank you

​
u asked for this 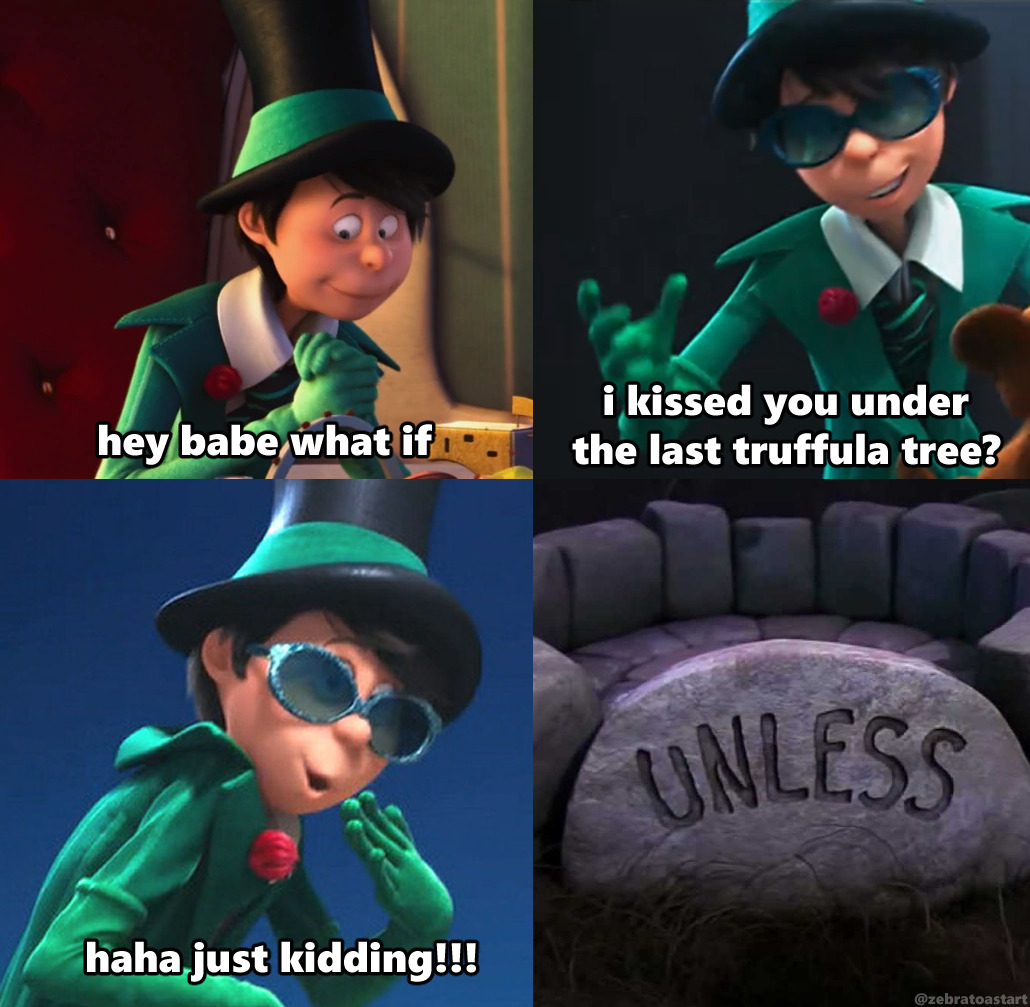 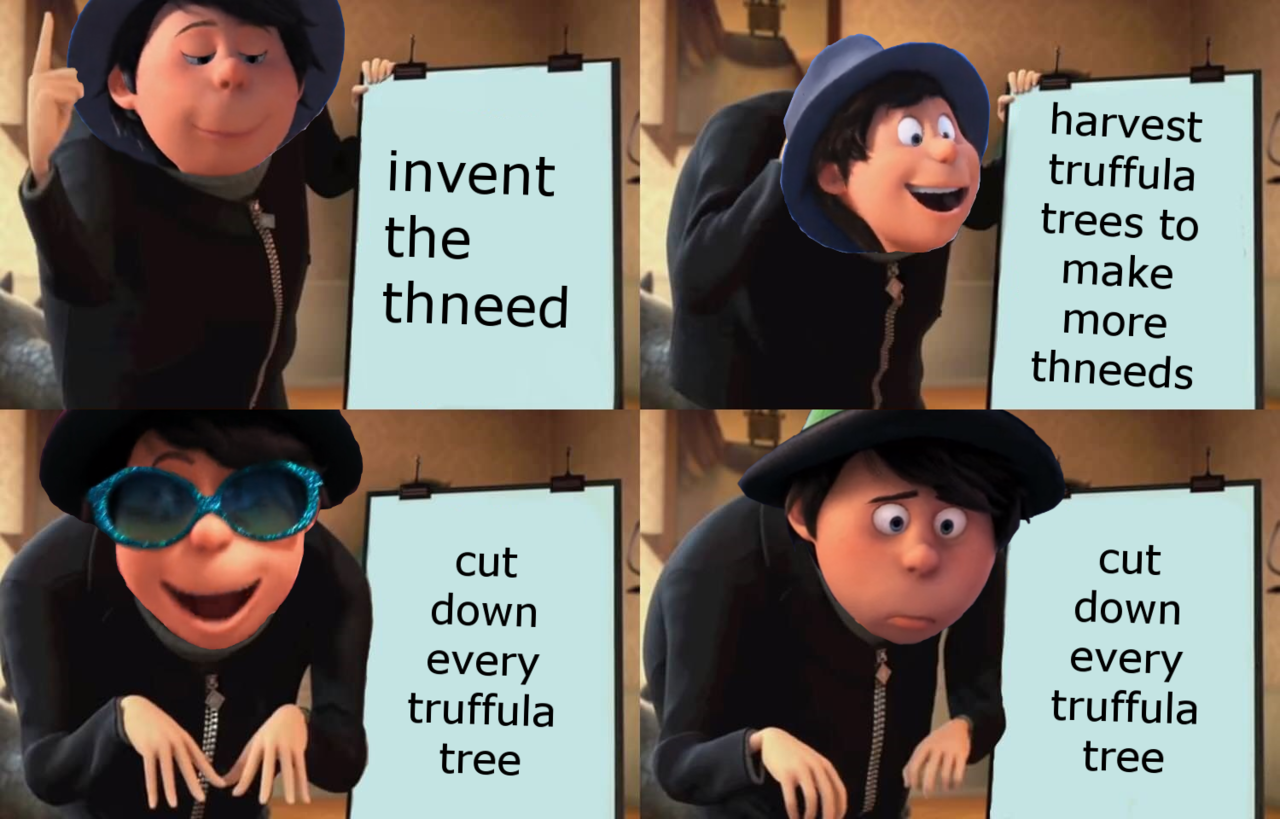 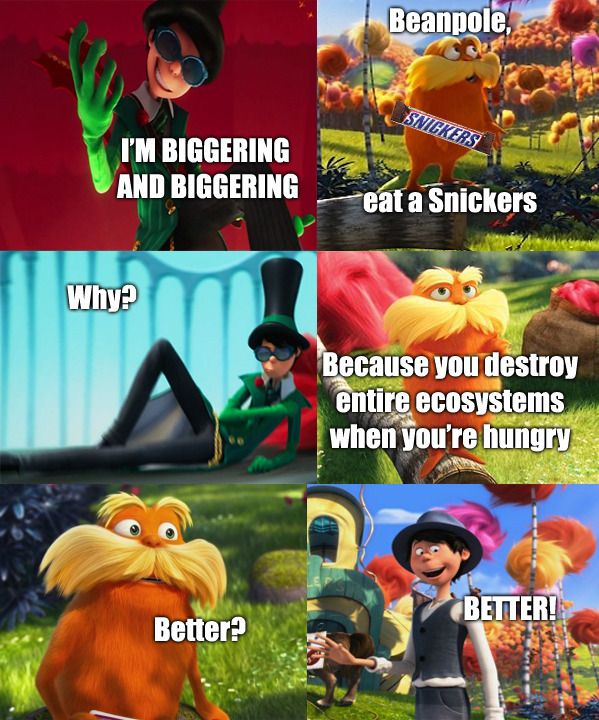 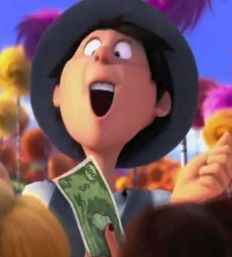 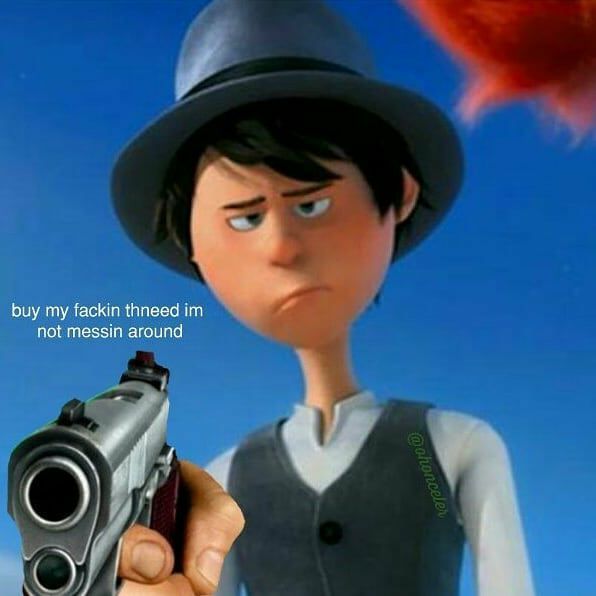 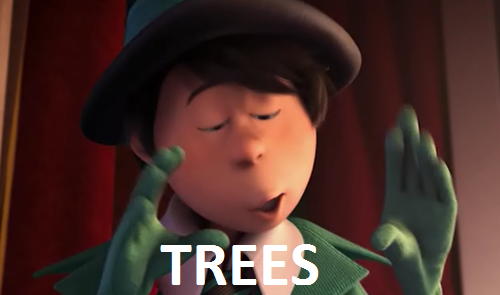 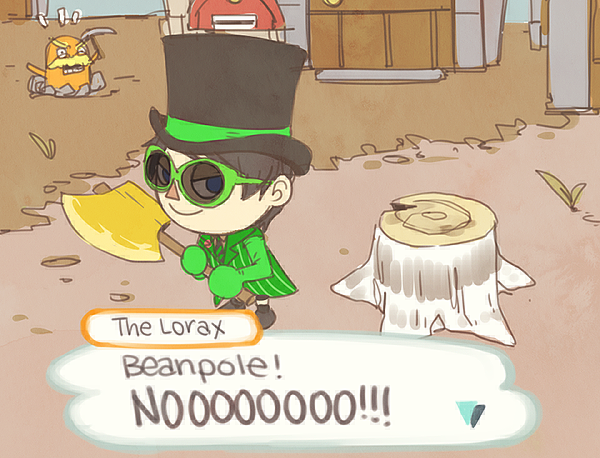