Location
beyond the stars

hey everyone! this is more of a 'future consideration' type of thing at the moment, but i feel like that's all the more reason to get some early second opinions so that i'll have a final choice for when the time comes. i've done my best to give some general descriptions on these characters without spoiling too much in the process, but here's a spoiler warning for code geass, ace attorney, and zero escape just in case. please consider looking into these fandoms if you're at all unfamiliar! i would highly, highly recommend each and every one. <3

please feel free to post with comments/extras/anything else after voting! i'd love to hear any and all thoughts about your choices, but no pressure if you'd rather not. the vote alone is extremely helpful to me, so thank you in advance. 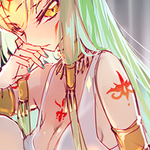 C.C.
SERIES: CODE GEASS​
an immortal witch with the power to grant certain abilities - knowing as geass - upon those of her choosing. the exact nature of geass is unknown, varying wildly from person to person, but it's speculated that its power manifests in a way that reflects the innermost desires of the user. c.c., as someone who has long since grown weary of the concept of 'living forever', puts up an aloof and laid-back front in order to hide the loneliness and apathy festering deep in her heart. though she'd never admit it out loud, her greatest wish is to love and be loved by someone who can see her for her, rather than the unlimited potential of geass that she can bring.

PROS
- a past muse! i'm pretty familiar with writing her.
- great plot potential in terms of geass granting
- extremely chill with dry wit humor, which is always fun
- has a ton of layers to her character for development purposes
- potential to change for the better (or worse)

CONS
- lonely drifter who pretends not to care but actually does (TM) #2
- interactions might be difficult since she doesn't really care about anything/anyone
- outside of geass granting, i have no concrete plans for her yet 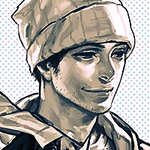 PHOENIX WRIGHT
SERIES: ACE ATTORNEY​
lawyer, piano (poker) player, dad - phoenix, as someone shaped by the actions of those around him, has always been driven more for the sake of others than himself. his rise to fame as one of the best defense attorneys was built on the foundation of not only his own ability, but the connections made over the years that helped him to grow and improve. even now, with all that's happened since his first court case, phoenix stands firm by his belief that no one should ever have to be completely alone.

PROS
- past muse #2! not as familiar with him as c.c., but familiar nonetheless
- really interesting character to write
- canonmate! one very near and dear to his heart, at that
- [spoilers] i'm taking him from right before the end of the 4th game (apollo justice) because hobo!phoenix is my favorite iteration of phoenix. this version of him is the most human, ironically, strangely sincere despite the various masks he's put on to fool the watching world.
- i have vague plans on what i want him to do in pandora
- witty and quirky man with nothing to lose causes havoc by minorly inconveniencing people
- has an object on him that allows him to see when someone's lying + potentially drag the truth out of them! could make for interesting plots

CONS
- i'm conflicted on what i want direction i want to take with him, especially occupation/wise
- tricky 'voice' to pin down. i'm not as familiar with him as i'd like to be
- growth is entirely dependent on who he ends up interacting with, which creates uncertainty in future plans 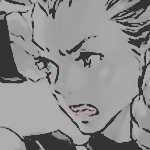 KURASHIKI AOI
SERIES: ZERO ESCAPE​
aoi's parents died when he was very young, leaving both him and his little sister to fend for themselves. as a result, she's the person he holds closest to his heart, content to shut the rest of the world out behind the persona he crafts for outsiders to see. from his speech patterns to mannerisms to quirks, everything about aoi screams confident, crafty, and intelligent, but part of it has always been a front. he's a normal teenager in every sense of the word on the surface, but just because his actions/reactions are always within reason doesn't mean that they're the truth. aoi's facade is difficult to break because it contains just enough of his real self to pass as truth. one overlaps with the other, and the illusion becomes a reality.

PROS
- pretty high muse for him! i'm watching a playthrough of the zero escape trilogy at the moment, so he's a newer character interest
- not what he seems on the surface (are you sensing a pattern yet?), but also only half-pretending most of the time, which is super interesting
- teenager with great survival instincts, which would allow him to survive even without an occupation
- similarly, good plot potential with the above, run ins with the law/gangs/dangerous people/unlucky saps, all that good stuff

CONS
- new muse! i've never played him before, so i have no idea how it'll go if i end up apping him
- no canon mates, and i would really love canon mates for him specifically 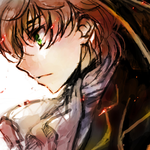 KURURUGI SUZAKU
SERIES: CODE GEASS​
born into a war bound world, suzaku spent the majority of his life believing in the inherent potential for humans to become better in some way. he grew up determined to change the system from the inside out, rising from the rank of soldier to knight, all in the name of one day ending the war/tyranny of an empire for good. unfortunately, suzaku's stubborn naivete led to a series of tragic events that still haunts him to this very day, though it also opened his eyes to the reality of this world being far more harsh, cruel, and unforgiving than he had always hoped it to be. there may be no way to make up for the mistakes of his past, but suzaku walks the infinite path of redemption knowing that it's all he can do.

PROS
- past muse #3! i have crazy high muse writing him too, which is great
- suzaku has a lot of nuances to him, especially from the canon point i'm planning to take him from. he's several characters all at once, with only a small piece of himself still remaining in the process
- super interesting ability that could lead to good plots. without wishing to spoil too much, it basically allows him to refuse death by pushing himself to his limits in life/death situations
- athletic, loves cats, is an overall nice guy/easy to interact with and talk to
- i have plans for him!! good plans, i like to think
- angst city, baby!!!

CONS
- lack of canon mates, which makes suzaku 10x more fun to write
- he's not really...himself most of the time, so i'd be writing him playing someone else, essentially
- not a lot of room for growth, his character's pretty set
- angst city baby
​

as the person who rps trucy she’d love to see her dad again after all this time c: (she can even introduce her gf to him) also hobo Phoenix is awesomeeeeee
Reactions: wist
You must log in or register to reply here.
Share:
Reddit Pinterest Tumblr WhatsApp Email Share Link