This roleplay thread is open for anyone to join. 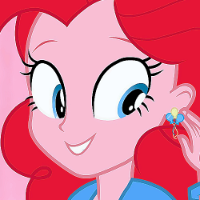 
It was certainly strange, but not unheard of to be a twenty-two year old student in high school. Rare, unlikely, stigmatized, looked down upon, viewed with a level of scrutiny that would be considered excessive to a point, but Pinkie Pie was here for a reason: to learn, to love, and ultimately... to laugh, and there was no better time or place to make it happen than that of Prom night. It was a concept that she'd only heard of in legends: a grand night of debauchery, dancing, do-wopping, and.... whatever else starts with D that sounds like fun!

Decorations laid out atop a table stretching the entire length of the gymnasium (the stains of what is decidedly not Red Velvet still plaguing the bathroom, being yet still blocked off for the time being by faculty), mirroring a stage laid with a varying amount of electronic music equipment and lights upon lights. By all means, it was certainly a sight to behold the amount of work that the Prom Planning Party had put in following their election by the student body, of which Pinkie herself managed to spearhead. The mare of the hour stood atop the stage, clasping her hands together excitedly to declare the event:

"Hey everypony-- body! Thank you so much for volunteering to help get this place ready for the coming weekend, because it's P-to the-R-to the-O-to the-M season!!" The bipedal horse-turned-girl spoke aloud into an active microphone. "I know some of you don't really do charity work, or go to this school, or even go to any school because you're fourty-- but that's okay because we're all in this together! We went ahead and divided you guys up into dedicated teams of eight to work on specifics of decorating this party place with the funnest, bunnest, runnest party favours ever! So find your partners and get to work: Streamers team, you get to do streamers so break out your ladders and remember no trust falls today! Lights crew, get your hard hats and noisemakers and let's shed some light on the suuuuuubject! Cleanup Crew, you're-- well, not actually gonna be cleaning anything up. But we went ahead and put some bubble wrap in your corner so you guys can have at it!"

It didn't take a scientist to realize this was going to be the worst prom the school's ever seen.

Honestly, of the various events in Billy's life up to this point, this wasn't the strangest scenario he'd ever found himself in - but it did rank somewhere in the top fifteen.

He'd volunteered to help the school prom committee because, well, it seemed like a good thing to do at the time. He'd figured that an extra set of hands might be useful to the people already involved, plus it'd be a good calming way to spend his extracurricular hours - more relaxing than knocking over robots or being shot at were, anyway.

Thankfully, he was well liked enough that people voted for him to be on the committee - which he'd found really nice and heartwarming, actually - and before he knew it, the time to get everything sorted had come around.

And it was about now, standing in the hall listening to the colourfully-named Pinkie Pie give a rousing briefing, that Billy wondered if he'd made a mistake.

"Okay! Let's go, light team... er... who's got the tools?"
It was at times like these that Billy ended up being reminded of a very simple fact - he was not a trained electrician. Or, really, an electrician at all.
Reactions: Pinkie Pie 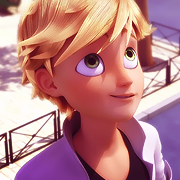 There is a feeling of excitement in the air - the energy on the stage that just radiated from the bipedal pony was one that would fill the volunteers with energy, and he can't help but feel excited for the idea of a prom, the thought had never fully crossed his mind, however he had seen enough movies, he's witnessed high school musical, never saw the final movie though, he just doesn't think Troy and Gabriella were meant to be. Then again who was he to critique another's romance life when his own was upside down.

He was grateful at the very least that he could experience this, where as initially there would always be the impending worry of his father declining the invitation, being as "busy" as he is - so it is a genuinely nice change of pace that he had managed to drag his current carer into assisting.

"Thanks for coming with me, Luna"

He wasn't intending to dampen the conversation by mentioning his father... well if anything she probably was already aware of the underlying difficulties that came from that.

Nothing was going to ruin his good mood right now.

"I'm thinking streamers, that good with you?"

Age
Fucked if I know

Occupation
Walking in dreams and shit

Humans were a bizarre shape. There was no aerodynamics to them, and they had to wear clothing all the time, not just for special events. But...hands. Hands were helpful. Thumbs, especially. It was why she was in human form, even if two legs was a bit to get used to. Luna was never sure how Pinkie Pie did it, transferring so smoothly between each form. Every time Luna switched, there were always accidents.

But, she would peservere. For the small human boy she had found herself caring for, and this prom he was so excited about. Currently it sounded like a disorganised mess, but parties created by Pinkie Pie had a way of coming together fine, in the end, so Luna would do her part, and trust that others did theirs.

Or else she would do it for them, and no one wanted that.

"It is my pleasure, Adrien," Luna replied, knowing that they must've made an odd looking pair, as she was barely a head taller than the boy, and didn't look much older. Still, it was....nice. To take a break from her normal night-time activities, help with this, instead. "Streamers sound excellent." Luna made a noise of thought, under her breath, and her horn and hands began to glow a soft dark purple, that glittered in the light. Streamers began to lift out of the nearby box, 8, each in different colours, and they came to a stop in front of Adrien, hovering there. "Which do you like?"