It was hard to creep quietly through the night time woods when you had a binder and chain dangling off one of your gray haired forearms. Worse was the large broken branch attached to the other end, which dragged along behind you with a hissing rustle through the dense layer of frost tinged dead leaves, grasses and soil.

But the prey he hunted was nowhere near as swift and agile as him. He could afford to give them a head start, before catching up and tearing out their throats. Already, he could practically taste their warm flesh, their salty blood, and he drooled down the thick fur at his neck in anticipation.

He shunned all scents on the icy, lightly shifting air except that of his prey. They smelt as good to him as dustcrepes or nausages or bantha steak. A part of himself buried deep beneath the heavy pelt and torn, clinging flight suit quivered with horror at comparing human meat to his mundane meals of the past.

Luke wanted to whirl around and flee as far as possible from the scent of people, but they smelt too good and the hollow ache in his stomach threatened to drive him into a snarling, snapping, slashing fury. The months upon months of denying himself the taste of human flesh would come to an end tonight, or so he thought…

He crept out on to the edge of a clearing, where a circle of tents shivered in the softly blowing air as though dreading the claws that would soon slice them to ribbons to get at their warm, moreish contents. A campfire faintly smoked in the middle of the gathering of tents, red embers gleaming among the blackened wood and coal like rubies.

Luke flicked his ears forward to listen to the quiet, steady sets of breathing seeping through the thin waterproof fabric of the tents, as well as the matching throbs of hearts. He needn’t have worried about the branch scraping against the frozen vegetation because these people were dead to the world. Soon, he'd make those literal deaths.

He dropped to all fours and slunk towards the closest tent, while his howling hunger continued to overwhelm the feeble protesting voice inside his head.

Jonas didn’t involve himself in heroics, he didn’t deal in muggings, or other petty human squabbles unless it was a kinfolk involved. He had been in the woods stretching his legs when he noticed the other Garou, savage and trotting through the woods starved completely. But his smell was off, clearly not a Garou but one of this worlds many diseased werewolves. Lost to the rage all around them. When he saw the camp he turned to leave, humans were not....they were not....

He couldn’t abandon the humans as a warrior of Gaia as they were part of her cycle just as much as he was. And he could not leave a fellow Lycan in the throws of rage even if they weren’t truly Garou. He shifted into his Hispo form and bounded towards the werewolf. He leaped, his massive Dire wolf frame slamming into the werewolf to knock it off course and his claws and fangs flashing as he clawed and bit trying to grab its throat to try and forcing it to submit. There were screams as the humans noticed the fight but he ignored them and tried locking his claws into the beasts back.
Reactions: Luke Skywalker

Before he could reach the first tent, a heavy, muscled shape slammed into him and he spilled on to his front with a thick guttural snarl. Teeth and nails punctured his flesh, which would have inflicted more damage had he not possessed such a dense pelt or been wearing the ragged remains of his flight suit.

He tried to raise himself on to his limbs to fight, but his attacker’s claws dug into his back and made him shriek. The chain on his arm and its thrust of broken branch also kept his movements restricted like a ship anchored in the sea. He was limited to thrashing his head from side to side and attempting to sink his fangs into any flesh or body parts that he could reach.

In this way, he snatched wild glimpses of his lupine attacker, along with the people as they stumbled out of their rippling and cracking tents, their shrill screams causing his ears to flinch back against his skull. Some carried wailing infants in their arms, others weapons that gleamed and flashed in the silvery moonlight, which Luke recognized as slugthrowers rather than blasters.

Or maybe his attacker would rip out his throat before they could get around to peppering him with solid projectiles?

Luke found his rage at this assault and his hatred of the human beings diluted by confusion. Why was the other lycanthrope attacking him? They should have been working together to pull down the humans, especially the ones that were scrambling to point their slugthrowers at them. Perhaps he had trespassed into the territory of an alpha male, although he had not encountered any warnings in the form of scent markers.

Whatever the reason, he had to tear himself free and rip apart the people. That was the only thing that really mattered to him. No… That wasn’t true...
Reactions: Jonas Albrecht 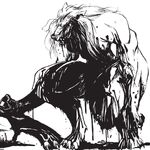 Jonas kept his claws deep, he had expected the humans to run and snapped at the other lycan's snout as he attempted to bite him off. But now the humans had guns and the Garou King knew this could only end poorly. This mad wolf needed help, not a bullet. And even if he had to beat him bloody and drag him away he would save this one. He roared and let go, landing on all fours before his body shifted and he was standing in full Crinos form. He towered over the other wolf and glared at the humans with guns. Snapping his jaws and letting out a howling roar. "Get out of here!" A bestial snarl of a voice escaping his throat.

The people ran but Jonas needed to make sure the Feral wouldn't follow them so he rushed forwards, seeing the branch and chain he seized it and used it as a handle as he pulled and whipped it forwards, trying to toss the Feral further into the woods. "Stand down beast! You're facing a real werewolf here!" 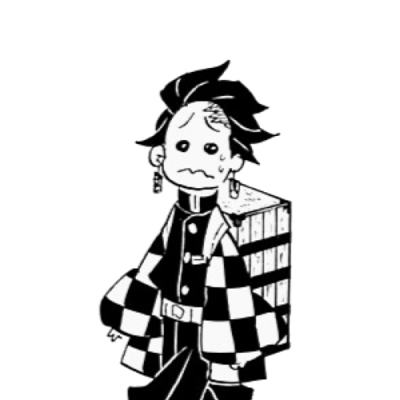