Species
some sort of elf 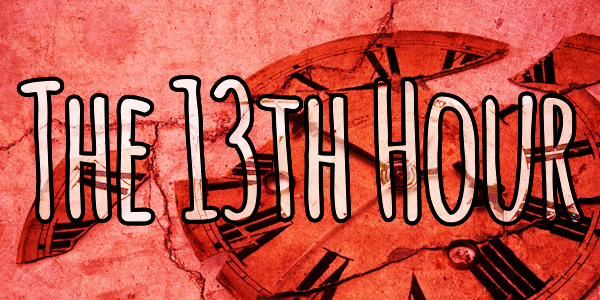 OverviewSince the start of fall, the people of Pandora have been experiencing an anomaly whenever the clock strikes midnight. Some people are experiencing an hour where things stop being bound to the confines of reality. Windows stop showing what they should outside. Rooms repeating themselves over and over no matter what door you go through. The feeling of being followed. Things hunting you. As soon as an hour passes, however - things return to normal - as if nothing was amiss to begin with.

 BreakdownBasically every day has an extra hour at the end of it, where horror stuff goes down. When inside, you can't go outside. Doors lock - keeping you in, and sometimes don't even lead where they're supposed to. There's the sensation of being followed at all times during this hour. Shadows seem darker, and to be moving. Light doesn't seem to work as well as it used to. Pets seem warped. Eyes shining no matter what light they're in. The sounds they make almost sound reversed.

Outside during this hour, everything is covered in a thick fog . The sky is void of stars. All doors are locked, keeping you from going inside. Again, you feel like you're being hunted.

 Notes
TL;Dr / BasicWhat is it?: Stay up past midnight and shit gets weird
When is it?: Entire Fall season!
WHERE is it?: The entirety of Pandora!
How do I join?: This is a sandbox event so go wild with using it as a plot device this season!
Milk what the hell is this are you okay do you need to talk about it: I'm a horror writer by nature I promise I'm good <3
Questions?: Feel free to ask in questions, @ me personally, DM me, reply to this thread, or basically whatever makes you comfy.

We have a world to win || Mako's Plot Station

Official Hot Take Appreciator™ do not doubt my...

Crowley
I miss Hermes, Louis and Sotheby's. What's the point in having flagrant amounts of wealth if you have no useless luxury brands to throw it at shamelessly
Yesterday at 10:41 AM •••