Open The devil you know...

Okay, so I have been having a bit of a crisis when it comes to characters lately, and two possible characters came up as candidates. they are... 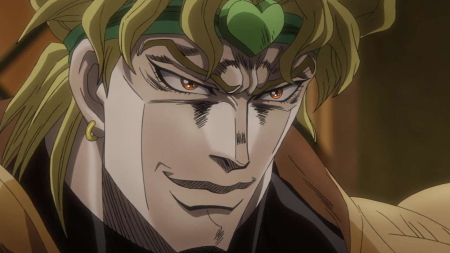 "Eternal life and Stand power! These prove that no one can surpass me! Puny humans, I shall rule you all! Bow before my wisdom and might!!"
​
A being of incredible power and cruelty, Dio Brando has always believed in only one thing: himself. As a young man in late 19th century england, he sacrificed his humanity and committed unspeakable acts against his own adoptive family all in pursuit of his own ambitions. He even want as far to transform himself into a vampire in that pursuit. Dio was seemingly killed by his adoptive brother (Jonathan Joestar), who gave his life to trap Dio's still living head on a ship that sank to the bottom of the sea. Horrifyingly, that only delayed his evil ambitions.

Trapped in a sealed coffin at the bottom of the sea, Dio stole Jonathan Joestar's body and laid in wait for a hundred years. In the 1980s, Dio's coffin was found by a crew of salvagers and brought up from the depths. Believing they had found treasure, the salvagers foolishly opened his coffin and unleashed the forgotten evil upon the world once again.

While Dio is truly an evil being, he possesses an incredible level of charisma. Using his gift of persuation alongside his abominable abilities, he united dozens of evil individuals under him. Some feared him, some respected him, and some who even worshipped him to the point of fanaticism. Dio became a shadowy figure in the world who eyed only a desire to rule the world. His ambitions and charisma were only matched by his power, for Dio not only has the terrifying strength of an ancient vampire but a powerful "Stand" known as The World, a superhumanly strong and fast avatar that is an extension of himself, possessing the equally terrifying ability of allowing Dio to temporarily stop time itself and continue moving. In Dio's own homeworld, he is one of the greatest evil's to ever walk the face of the earth. 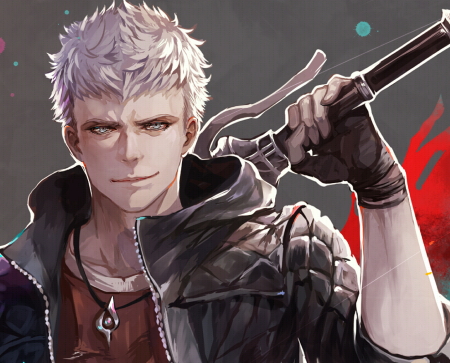 "What? No chitchat or monologue? Just gettin' straight to the point, huh..."
​
Half human, half demon, all smartass. A young man who grew up an orphan before being adopted by the mysterious order of the sword, Nero was a demon hunter with a secret even he did not know: That he is in fact a descendent of a legendary devil known as Sparda, and the son of the enigmatic and menacing Vergil. Once possessing a strange demonic arm that he recieved from an injury protecting someone he cares about, Nero lost his power when his own father returned, cutting off and stealing Nero's arm and the power hidden within it. Eventually, Nero contfronted his sinister power and awoke a secret power within him that even surpassed that of his own blood relative, Dante.

In spite of his frightening power, Nero uses his incredible demonic power to hunt down the most even creatures of the abyss in his own stylish and smartass fashion. Yet even he has someone he fears: his lovely fiancee, Kyrie, who is both sweet as a saint and feisty as a devil despite being human.