Up, up, up did these three rascals need a lift,
right into space for a delivery so swift!
Aboard a glass elevator, two goobers were a-flutter
While their father tried his best to fight back a shudder!

Ruby heels sent echoing click-a-clacks all around
As they carried thoughtful gifts that were sure to astound.
They carried gifts for Kylo, and for his beeping mech
All from his favorite pains in the neck!

Finding the Whisper, they could do in a cinch!
And tucked snugly inside was their good friend, the Grinch!
Fiery reds and moody blacks were his colors of choice.
Here's hoping he didn't hear daddy's horrible voice!

Though manually challenged, the presents were set
Down by the ship's doorway, on that you can bet!
The largest came unwrapped, a waste bin of 'sin'.
And what lied inside would make any frown grin!

For no sinister hideout was ever complete
Without something as moody as it was sweet.
Warm bedding and a pillow lay deep within this oppressive pit
Along with a metronome, silently awaiting the next musical skit.

And the brave BB5-A was not left without!
He too had a gift, the good droid devout
Away father and son(s) began finally to creep,
For at last it came time to open their presents, then sleep!​
Arranged by the doorway of the spaceship of the Whisper lay a good pile of gifts, sure to be a big surprise to the duo inside! The majority of the packages were wrapped in bright red wrapping paper, though the largest and most obvious gift was a painted garbage can, big enough to house a seated human! It was left unwrapped, allowing the black and red paint to be proudly display. It had Kylo's name practically written all over! Should the man open up the top, inside he would find a folded blanket, a cozy pillow, and nestled on top was a brand new metronome! All were ingredients for the best brood sessions one could ask for! The flattest gift of all turned out to be a one of a kind art piece, scrawled by Glad-One himself, depicting Kylo having fun with himself and Scaramouche! His likeness had absolutely been captured. A smaller package, though no less sincere, would reveal a little scarf to keep the man warm! His last gift was a packaged bowl of spicy miso ramen, and some special spicy baos!

For BB5-A, his first gift was a new tube of lube for his parts! Second was a cozy little scarf to keep his little neck warm! His last gift was small, squarish, and thick! It was a copy of Treasure Island, to excite and delight the energetic little droid! Although he didn't enjoy much action, perhaps his imagination would take flight instead! 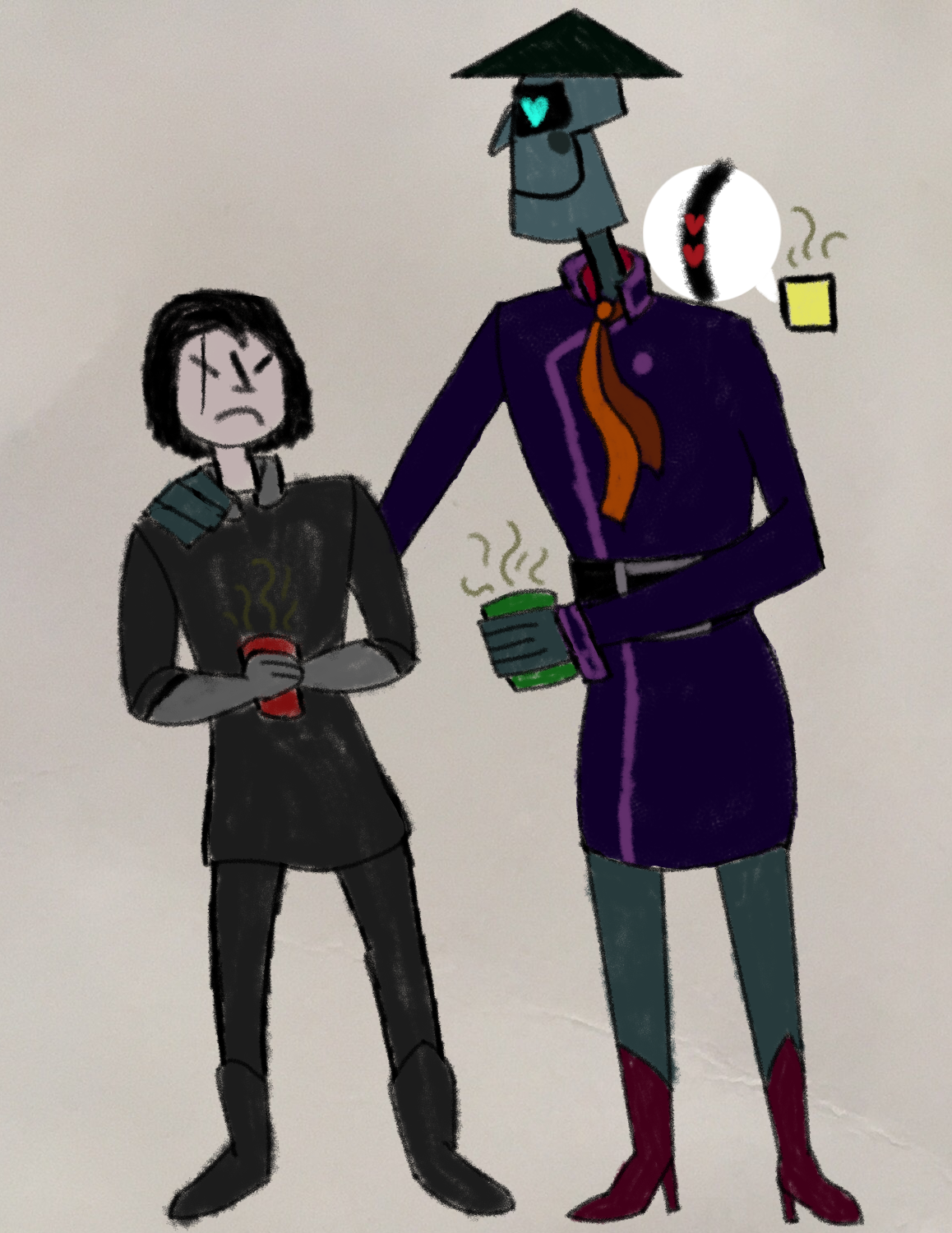 ((I'd like to give a big thanks to my friend @Rik-Rik-Rass for helping me edit all of these poems and coming up with sick rhymes! Merry (late) Christmas to all and to all a good night!))​

ChangelingChilde
I could really use more stuff to do with Palmer, if anyone's interested in plotting?
33 minutes ago •••