'Twas the night before Christmas, and all through the house,
Not a creature was stirring; not even a mouse!
Carter lay nestled all snug in his bed,
While visions of Chinese food danced in his head!

But what should coming skittering through the snow?
A father/son trio with gifts to bestow!
Bundled up tight and warm as can be
There was no stopping these robots three!

The tallest robot, fool that he was
Played the part of St. Nick, just because!
His elf was One-One, two parts of a whole
And if it were up to Sad-One, they'd bear only coal!

Alas, it was Christmas, a day filled with joy
And as their friend, Carter was a good enough boy!
Three gifts they came bearing, offerings set by the door
Three? Yes three! No less, and no more.

Each was wrapped tenderly, in reds and greens galore,
With good cheer and hope that they would be adored!
One was fragile, the other two flat and thin.
On top sat this poem, penned by the sad twin!

As quick as they came, they disappeared into the snow
To deliver more gift to their friends, Max and Kylo!
Merry Christmas, dear Carter, ambitious as can be
From the fantastic Scaramouche and his sweet chickadee!​
On Carter's door step, he will find three presents wrapped in red and green striped paper. Folded on top lay a poem, penned in handwriting that the man might find familiar! One gift, the thickest of the bunch, was a framed photo. A selfie that had been taken by Scaramouche, it had Carter, Scaramouche, and One-One altogether during their post-eating contest meeting! For the man's sanity, it was best not to wonder when it had been taken. Next, also from the tall android, was a simple card that offered Mr. Burke an 'IOU' for a free meal from a certain ramen shop! No limitations, no minimum purchase, just a free meal of the man's choice! The last gift was drawn by Glad-One, a free drawing for the man. He had poured all of his love and genuine excitement into it, and at least Carter might find this one more flattering! One-One of course, did not quite get the memo that Carter wasn't a Christmas kind of man, but hey... who could turn down gifts given with love? 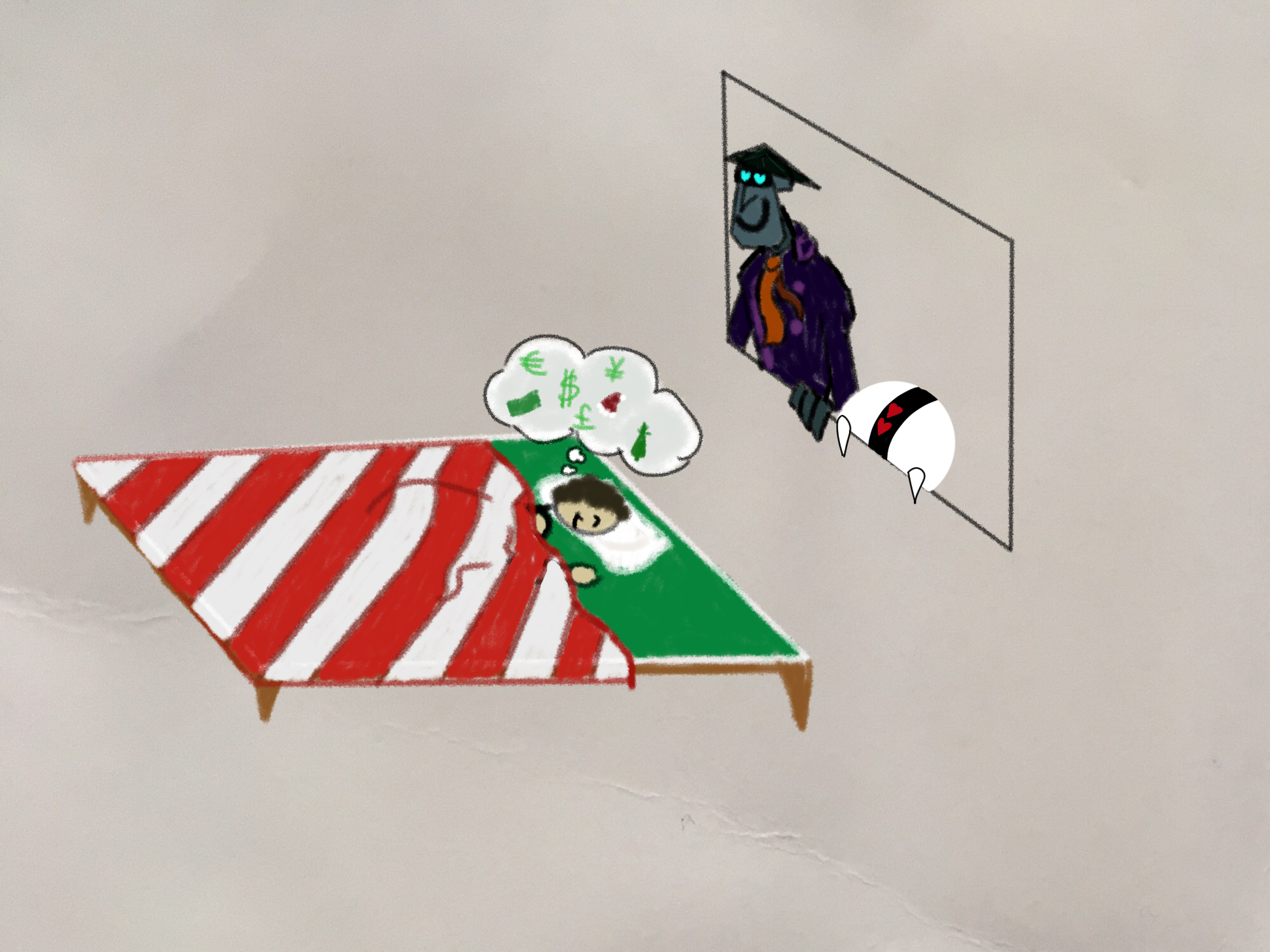