a commie DC fan dreaming of a guy called George

Location
The Other Side

Truth or legend? Said to have been observed by captains, pilots, explorers, members of the Starfleet and others lucky enough to travel across the stars, the Ghost Fleet is believed to endlessly float in the cosmos, despite its damaged engines, lack of fuels and absence of personel.

A curious phenomenon seen by several explorers of the stars that some cultures believe to be a legend, The Ghost Fleet is a gathering of smaller and larger starships, some reaching up to 3000 meters. For simplicity's sake, they are often distinguished in two categories, though other ships of various sizes have been spotted to travel along the Ghost Fleet. The large, spear-shaped grey vessels, equipped with weapons that were once capable of destroying whole planets, but are no longer operational, and the smaller, red and black crafts for short range combat. No one has ever seen anyone aboard the vessels, human or otherwise, but those daring enough to loot them or simply take a look, speak of remnants of a great galactic civilization that span across the stars, in this world or some other.

There are rumours that the Ghost Fleet is haunted by those that died in pain and agony inside the ships, or that they represent something malevolent and unsavory, but many eye witnesses have rushed to dispute them, instead speaking of the technological mastery and the advanced civilization that once lived and worked in them. Curiously, no records of the Fleet's history, insignia, or other information has been found so far, or those that discovered clues did not live long enough to tell the story. No one has ever been able to commandeer the larger vessels, but some daring and skillful space pirates have managed to confiscate the crafts for short range combat and repair them. It is said that upon seeing them in other planets, many would view them with distrust and scepticism, therefore their value in the black market is constantly in question. 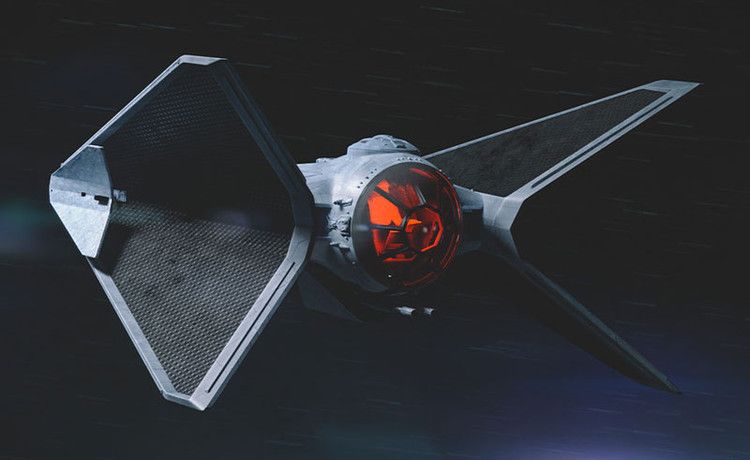 A design of the spear shaped vessels