Without Sin | Complete | With Dean Winchester | May 18th Year 6

Flowers Of Another Nature | Complete | With Anna | July 2nd | Year 6

No rest for the wicked | Complete |With Sebastian Moran, James Moriarty, & The Governor | August 29th | Year 6

The Lady Or The Tiger? | Complete | With The Governor & Sebastian Moran | August 29th | Year 6

Not Quite Hallmark | Complete | With James McGill | October 22nd | Year 7

No One Will Take You, No One Will Break You | In Progress | With Emma Ward & Genji Shimada | January 19th | Year 7 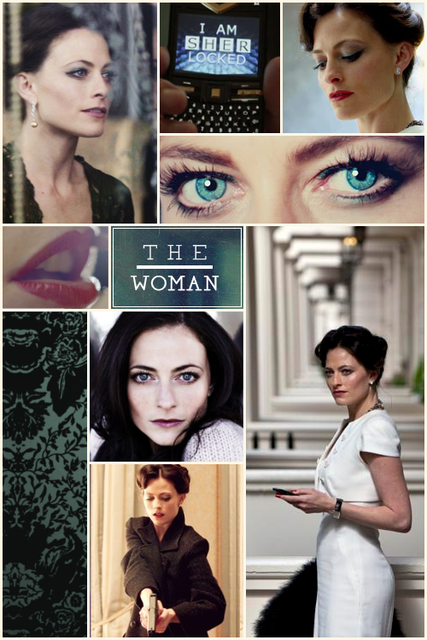 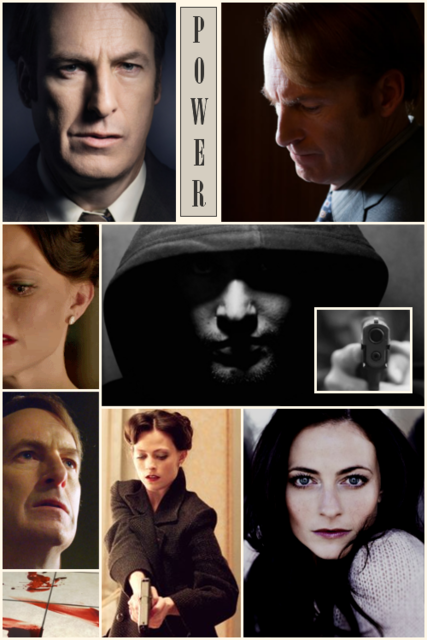 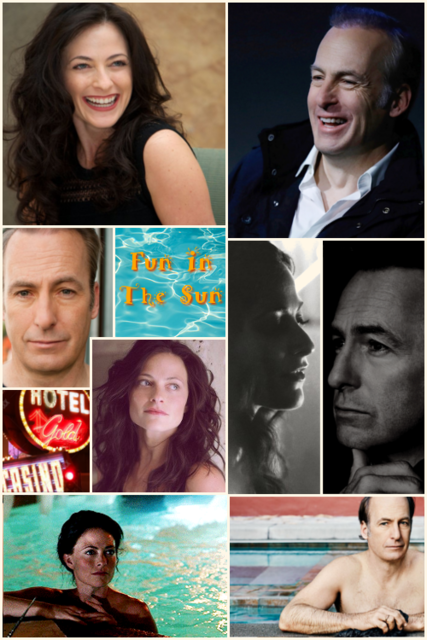 [/box]
[box=#515059, none, none]Partner. Love. Romance. Devotion. James M. McGill[/box]​
James snuck into Irene's heart quite unexpectedly. Once described as her only friend, the two found they were quite compatible after Irene hired him for simple contract law and other legal odds and ends. James has gotten Irene out of more scrapes than she can count before and after she fell in love with him. Still, in order to keep their business personas intact, they do not put on public displays of affection and Irene appears quite single. In private, however, she only has eyes for James. ​
[box=#443d43, none, none]

[/box]
[box=#756a73, #ada2ab, none]Friendship. Finery. Class. Ally. Lady Margolotta[/box]​
Lady Margolotta has become one of Irene's closest friends. Unlike the more guarded friendship with Moran, Irene feels comfortable telling Margo anything. The two liked one another immediately and they meet on morals and ideals as well as taste and fashion. Irene was not looped in, but Margo put her job and reputation on the line to make certain evidence that could convict Irene disappear. ​
[box=#3d3433, none, none]

[/box]
[box=#5e504f, #8e8584, none]Business. Trust. Danger. Instinct. Sebastian Moran[/box]​
One of the very few people Irene would count as a friend and not simply another business acquaintance. She sees that he is tough as nails, honest about his intentions, and trustworthy. It's true that their friendship is also beneficial to her and she would associate with him either way, but it just so happens she is quite fond of him. Irene also finds Moran attractive but is well aware that he represents a danger and coldness that don't make for lasting romances. Not that she would ever betray James anyway. ​
[box=#191512, none, none]

[/box]
[box=#4f433c, #7f6f63, none]Sacrifice. Bravery. John Watson & Sherlock Holmes[/box]​
As if Sherlock Holmes weren't precious to Irene before, their adventures in Pandora led to him sacrificing his very life for hers before John gave his life for James'. These two men will always be held in the highest regard in Irene's memory. After their deaths, she took the responsibility of caring for their dog, Redbeard, and has vowed to keep him for the rest of his days.​
[box=#000000, none, none]

[/box]
[box=#665955, #a5948e, none]Friendly. Cordial. Neighbor. Secret. Maggie Sawyer[/box]​
Girlfriend to Irene's most annoying adversary, Maggie and Irene met when Irene tried to offer assistance to a new Pandorian just starting out. The two are civil and friendly acquaintances but Irene doesn't know that her neighbor is a vampire nor that Maggie bit her.​
[box=#3a3735, none, none]

[/box]
[box=#514c4a, #828480, none]Hatred. Fear. Revenge. Terrorize. Eurus Holmes[/box]​
Eurus Holmes is the author of Irene and James' nightmares over the past two months. After kidnapping Sherlock Holmes, John Watson, James McGill, and Irene herself, Eurus put the group through a night of hell, ending in the deaths of Sherlock and John. Irene and James had hunted the insane genius and it all came to a head when she attacked James, burned down Vice Escorts, and was finally killed by James.​
[box=#252a2b, none, none]

[/box]
[box=#444f51, #75888c, none]Antagonism. Disgust. Control. Rival. The Governor[/box]​
When Irene blackmailed the Governor, she had no idea what a formidable enemy she was making. The two have gone head to head a few times, with The Governor most recently kidnapping and assaulting Irene. With no clear winner, their war does not seem to be coming to an end any time soon.​
Last edited: Sep 17, 2018
Reactions: Lucy Danvers-Lane, The Governor and James McGill
You must log in or register to reply here.
Share:
Reddit Pinterest Tumblr WhatsApp Email Link

SHODAN
//come and get your horror plot, pals!

Amity
Hello everyone! I hope you are all safe! I just wanted to apologise for those who were waiting for me to post. I am allergic to pollen, and since its the summer, I have been sneezing like there is no tomorrow, so I couldn't focus. Not to mention my home is full of flies who keep appearing out of no where! I will post when I can!
Yesterday at 2:45 AM •••

Meeks
not an official absence but i am waiting for the results of a covid test so, hopefully i will feel well enough to start posting again later this week! sorry to anyone waiting on me <3
Yesterday at 1:17 AM •••

Steve Rogers
Finally glad to have a birthday that doesn’t involve running around the city in bulletproof spandex. #OldManPerks
Saturday at 9:15 PM •••