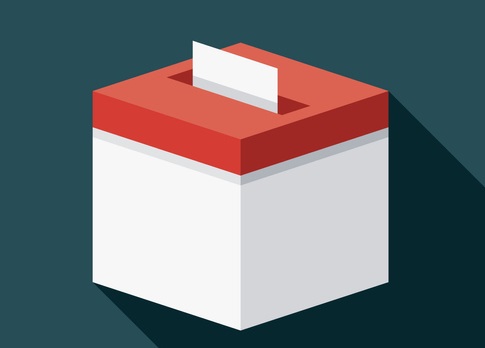 The hopes for a free and fair election within Elysium have, it must be said, taken a blow over the past few hours. The first candidates' debate was a well-managed and illuminating affair, and many - including the editor of this paper's political section - felt that it was a good sign of things to come.

There, all of the candidates were able to set out their stalls and explain their vision for Elysium's future in some detail. The answers given were most interesting, and indicated at this early stage a clear divide between the "establishment" candidates and those running to change the system in some way. What was more interesting is that this divide clearly exists within the voting population itself. Below is the poll taken the day after the debate.

As such, many were looking with interest to the second round of debates to be held tonight - but if we were expecting a repeat of the first debate, then we were destined to be disappointed. About an hour before the event was supposed to begin, a large crowd of open Alliance supporters blockaded the broadcasting studio, preventing candidates they disapproved of from entering the building. When a similar-sized crowd of RSF supporters also turned up, Peacekeepers declared that the event was called off due to questions of public safety; it is understood by the Pandora Times that some arrests were made, with those arrested still being held as we go to press with this article.

While details are slim right now, it seems suspect to me that such a crowd could be gathered so quickly and act the way it did without some support from elements in the city-moon's bureaucracy. I sincerely hope this is not the case, but we can best judge through looking back at history - and the history of Elysium is one that's full of dirty deals and dirtier tactics. This also comes hot on the heels of disturbances at various candidates' rallies, particularly those of the RSF and Democratic Coalition; the identities and political affiliations of those responsible have not yet been revealed by the Peacekeepers.

Whoever was ultimately to blame, the omens do not look good. I have been in the business of reporting on Pandoran politics for twelve years now, and I've seen all manner of contests in all manner of places. When democracy came to Elysium, it was a sign of true progress and one that many celebrated all over the box. How things play out from here remains to be seen, but I for one hope this was simply a momentary lapse in judgement and that things will go back to normal after this. Democracy is a fragile thing in many ways; it deserves a chance to flourish in a place that has known so little of it, and it's high time the extremists on both sides realised this.

Relevant Threads
(verbal) Fight Night! - Moh and Trilla argue with each other and also some other people too.

(physical, actual) Fight Night! - An RSF rally is attacked by thugs, and it's Mando to the rescue!

Things Get Spicy - the "spontaneous protest" that indicates to Sleve here that shit's getting dangerous.
Reactions: Trilla Suduri, Sasuke Tanaka and Steel
You must log in or register to reply here.
Share:
Reddit Pinterest Tumblr WhatsApp Email Link