Open Which Gender for New Chara?

Who is Akira Howard? 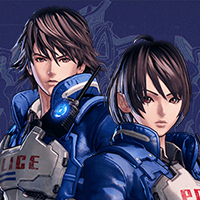 So, I've decided that I would like my new fourth character to be Akira from Astral Chain. Problem is, I can't decide male or female, so because I am so useless indecisive, I was wondering if anyone had any preferences!

Akira is the twin sibling of the game's protagonist, a player customisable character whom players can also choose the gender of. Akira will be the opposite gender, so a male player will be twinsies with a female Akira, and vice versa. Overall, the two Akira's share a similar role, though male seems more softly spoken than the more kick-ass female (though both are equally insecure and in need of a hug). That's the only real difference though.

Now, as you probably know, I usually prefer to play male characters (don't know why), though I'm not adverse to the ladies in the world of panfandom (I did play Kathryn Janeway for a while, but lost the muse. Nothing to do with gender). Both versions are pretty cool in their own ways, so what do you guys think? I can link the profile from the Astral Chain Wiki, if requested ^^

Poll closed, thank you so much to everyone who voted! Get ready to say a big Pandora hello to Miss Akira ^^
You must log in or register to reply here.
Share:
Reddit Pinterest Tumblr WhatsApp Email Link